Tammy Abraham has expressed excitement over his call up to play for the Three Lions of England in Euro 2020 qualifiers.

The Chelsea striker of Nigerian decent opened up about the call up by England saying “(I’m) Always proud to get the England call up”.

If Tammy Abraham should feature for England in the games against Czech Republic and Bulgaria, his eligibility to play for the Super Eagles will be ruined.

Meanwhile, England manager Gareth Southgate, who spoke on why he called Tammy Abraham to join the Three Lions said, “He (Abraham ) and Tomori are both in on merit and have been part of our junior system right the way through , so we see them as English players and they have a huge desire to play for England at senior level.

“It was a fairly easy decision ( to pick Abraham ) as he’ s the leading English goalscorer in the league”.

Also called to join the squad is another Nigerian Fikayo Tomori. 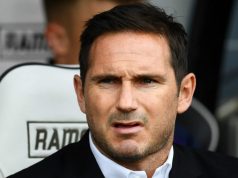 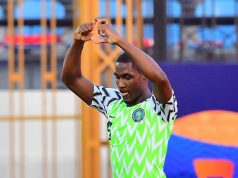