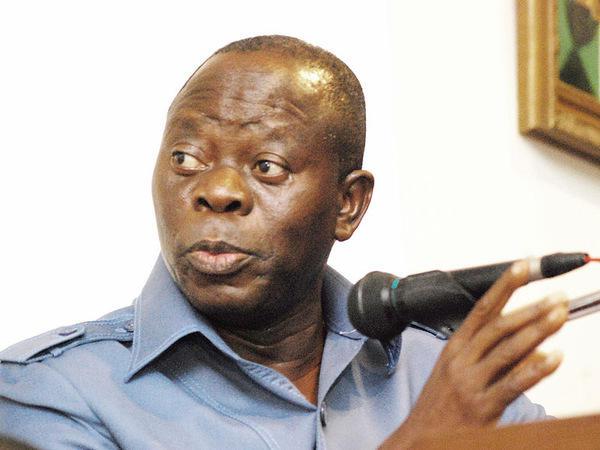 This is as National Chairman of the party, Adams Oshimole, at the party’s NEC meeting in Abuja, protested the attendance of Governor Rotimi Akeredolu of Ondo State and Governor Ibikunle Amosun of Ogun State.

He said they like suspended Governor Okorocha, were not invited to the meeting.

After a long debate, the duo were allowed to stay at the meeting.

After several deliberations, the party affirmed and ratified the suspension of Governor Rotimi Akeredolu, Senator Rochas Okorocha and Senator Ibikunle Amosun from the party pending when a yet to be constituted committee submits it’s report.

Part of the resolutions of the NEC meeting is the set up of a Presidential Committee, to move round the States and reconcile members of the party; and investigate anti party activities where applicable.

President Muhammadu Buhari at the meeting declared that he will not seek for a third term in office.