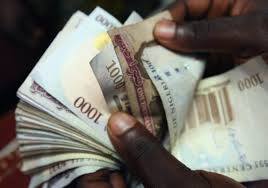 The Attorney General of the Federation and Minister of Justice, Abubakar Malami (SAN), says the Federal Government has so far recovered in excess of N200 billion in final forfeiture in its anti-corruption fight.

Malami disclosed this on Thursday in Abuja at a Special Town Hall Meeting on “Fight Against Corruption”, organised by the Ministry of Information and Culture.

The minister, who was represented by Mr Abiodun Ayodeji, Special Adviser to the President on Financial Crimes, said that there were other recoveries that were still in the interim, NAN reports.

“We have recovered in excess of 200 billion in final forfeiture and there are recoveries still in the interim than cannot be dealt with.

“The money we have earned for the federal government in the process of the anti-corruption war is in the excess of N200 billion.

The minister said that the recovery was significant considering the effects of corruption on the country.

“Nigeria has earned in excess of 650 billion dollar from oil in revenue but bulk of the funds is either stolen or mismanaged.

“NEITI recently said that in the last 10 years, 40 billion dollar was stolen due to oil theft alone.

“These have left us with infrastructure that is grossly inadequate to support modern economy.

“It is, therefore, so real that if we do not kill corruption, the menace will kill us, hence the administration is focusing on war against corruption,’’ he said.

Malami said that the government was able to achieve the feat following the implementation of the Nigeria Anti-Corruption Strategy set up by the ministry and endorsed by the Federal Executive Council in July 2017.

He said that the strategy rested on five pillars – Prevention of Corruption, Enforcement of Sanction, Public Enlightenment, Campaign for Ethical Reorientation and Recovery of Stolen Fund.

Malami said that corruption prevention was being achieved by deliberate implementation of policies like the BVN for banking system, Integrated Payroll and Personnel Information System, and Treasury Single Account.

He said that government had been able to enforce sanctions against politically exposed persons which were, hitherto, untouchable.

The minister said that the government had engaged on public enlightenment against corruption like the town hall meeting, adding that the Presidential Executive Order No. 6 signed in 2018 and the effective implementation of the Criminal Justice Act had helped in the successful fight against corruption.

Malami said that the government planned to do more by leveraging on technology in the fight against the menace.

Speaking in the same vein, the Chairman of Code of Conduct Bureau, Muhammed Isah, said that the bureau, from November 2018 till date, had investigated 160 cases of corruption to the tune of N40 billion.

He said that from the 160 investigated cases, 75 had been filed before the Code of Conduct Tribunal for trial.

Isah also noted that from the 14 code of conduct for public officers, the most talked about is Asset Declaration.

innonews - June 14, 2019 0
The immediate Past Speaker of Imo State House of Assembly, Hon. Acho Ihim, has given reasons why he strangely dumped Governor Rochas...

Those Who May Make Uzodimma’s Cabinet Revealed

innonews - August 13, 2017 0
A building has collapsed along Owerri-egbu road,Owerri Imo State. The building collapsed around 4am Sunday morning. Rescue efforts were still ongoing as at the time...

‘APC Has Created A Frankenstein Monster Which Haunts Peace In Imo’-...

innonews - February 22, 2021 0
The Peoples Democratic Party, PDP, Imo State, has accused the All Progressive Congress, APC of creating a "Frankenstein monster which haunts...