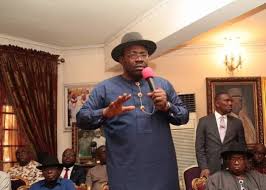 The outcome of the governorship election in Bayelsa State remains a puzzle, a lesson for students of political history.

It is similar to political undercurrents which had shaped the outcome of the governorship election in Imo State in 2019.

It also unveils the dynamics involved in the scramble for power and the intrigues, which usually play out in every succession game.

Bayelsa and Imo are two different States, in separate geo political zones and do not share historical political affinities.

But as they say, all politics are local. And this is why there is resemblance of political dynamics which played out in Imo State which resurfaced in the governorship election in Bayelsa State.

Governor Seriake Dickson commiteed political harakiri. He decided to bite the fingers that fed him.And he paid so dearly for such blunder. He wanted Senator Douye Diri, his cousin, as successor, contary to the wishes of party stakeholders, elders, leaders including former President Good luck Jonathan.

It was Jonathan who enthroned Dickson into power. He was reported to have settled for Timi Alaibe, a former Managing Director of Niger Delta Development Commission, NDDC, as Dickson’s sucessor.

Governor Dickson’s insistence on Senator Diri was the hot knife on butter which melted away, whatever remnants, that was left in Bayelsa PDP and consumed his personal game plan to have a successor.

Dickson opted for the same script former Governor of Imo State, Rochas Okorocha choose .Okorocha wanted his son in law, Uche Nwosu to take over from him, a move that literary set the APC in Imo State on fire

Dickson and Okorocha share the same political fate, men consumed by ambition to build political dynasties in their various States.

Former President Good luck Jonathan, has been accused of anti party activities, he did not just support the APC governorship candidate, David Lyon, but openly celebrated his victory.

As President in 2015, he conceded power to Muhammadu Buhari of the All Progressive Congress, APC. He repeated the same act in Bayelsa.

Jonathan can be described in two phases. A statesman not swayed by the sweetness of power and whose loyalty to his party can be overrided by greater interest! Period.

The latest political drama in Bayelsa State underscores the fact that the game of succession, could be so complex and intriguing, irrespective of location.

In Imo State, one major factor contributed to the inability of Rochas Okorocha, to produce a successor. He went solo making his choice without the input of stakeholders, and was desperate to hang on to power by proxy.

While Dickson wanted his cousin, Okorocha wanted his son in law, as successors.Both men lost the backbone of their various political parties in the course of pursuing such narrow minded political ambitions.

Dickson even lost some of his commissioners and aides who resigned prior to the election.

While Okorocha backed Nwosu in another party in Imo, the Action Alliance, AA, Goodluck Jonathan and others pulled the rug off the feet of Dickson in the PDP by backing the APC candidate, David Lyon. In the end, Douye, Dickson’s choice lost, the same way, Nwosu, Okorocha’s choice, also lost.

One perculiar feature of the entire drama in both States is that, benefactors of these defective succession plans, emerged from other political parties.

The PDP in Imo State reaped from Okorocha’s flawed succession plan, while the APC reaped bountifully from PDP’s misadventure orchestrated by Dickson in Bayelsa State.

The taste of power is the same and one rule seems to be key in the game for power. No Iroko tree can stand firm without a tap root and it’s branches.

“The outcome of the governorship election in Bayelsa State remains a puzzle, a lesson for students of political history”

innonews - October 26, 2018 0
Governor Rochas Okorocha has sworn in new Commissioners. Below is a breakdown of the Commissioners and their portfolios *Bona Akwuiwu Commissioner for Special Duties & Trade...

Imo Will Never Go Down Under My Watch- Uzodimma Tells Council...

innonews - February 6, 2022 0
Imo State Governor, Senator Hope Uzodimma, has said the state will never go down under his watch. “Under my...