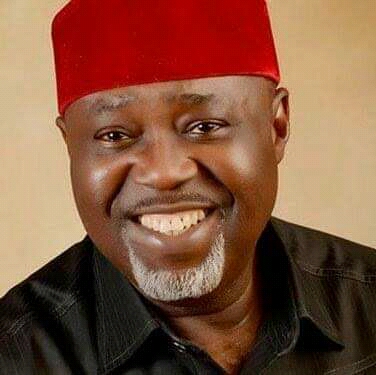 A statement signed by its President General, Ifeanyi Nwaudunna and Secretary General, Casmir Nnadozie Irekamba and made available to newsmen reads:

“IYA Worldwide maintained that the appointment of Chief George Moghalu is in recognition and reward for hard work, which is more work.

“Chief George Moghalu has been a strong Chieftain of the All Progressive Congress, APC and recently served as the National Auditor of the Ruling Party, having made immense contributions in the course of promoting and advocating for Nigeria’s Peace, Unity and Progress.

The group added “Moghalu, as a core professional who is youth- friendly, has used his vast experience both in politics and caree,r to help in mentoring many youths who are contributing richly to the progress and development of the nation.

“As one of the leaders of APC in the South East, Chief George Moghalu worked so hard for the success and electoral victory of the APC in South East Region.

“Hence, IYA Worldwide sees the appointment of Chief George Moghalu as the Director General of National Inland Waterways Authority, as a round peg in a round hole”.

The Group reiterated it has “total confidence in Chief George Moghalu’s leadership, experience, education and character to develop the untapped Nigerian Waterways, as to fasttrack economic development and progress of the country.

“We wish him good health and sound mind as he pilots the affairs of the National Inland Waterways Authority to fruition” the statement concluded.

innonews - February 6, 2018 0
The photos of the Odocha family that produced United States officers have continued to attract attention on the social media. The three children Lt Gen...

Buhari Swears In Prof Gambari As New Chief Of Staff

innonews - May 13, 2020 0
President Muhammadu Buhari has sworn in Professor Ibrahim Agboola Gambari as his new Chief of Staff. Gambari was sworn...