Home LEAD STORIES How Disaster Was Averted In Owerri Today 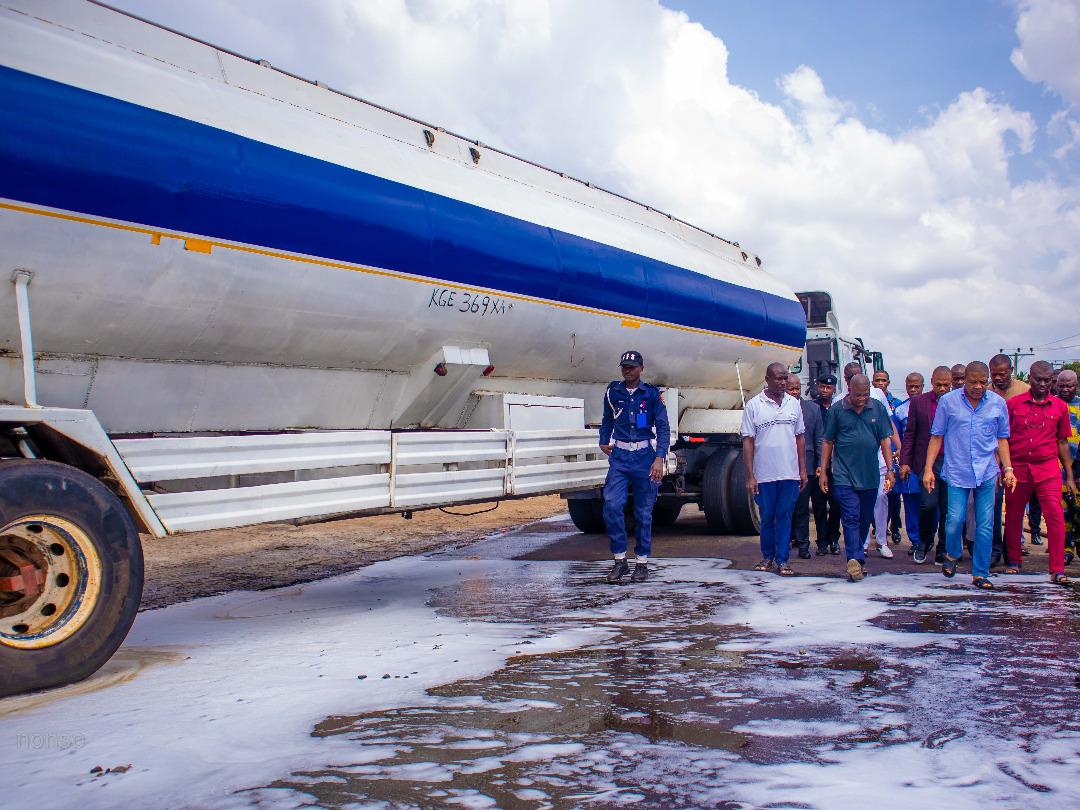 It would have been catastrophe and disaster today in Owerri, when a vehicle collided with a tanker laden with over 30,000 litres of premium motor spirit, PMS along Owerri- Port Harcourt Road, Owerri.

The incident was a quick reminder of series of ongoing feul tanker explosions that rocked some cities in the country.

A similar incident in Onitsha last month was fatal, which led to Onitsha- Ochanja market going up in flames leading to loss of lives and property worth millions of naira.

Reports say the tanker was on it way to Ebere Links Filling Station when the vehicle rammed into the tanker, ruptured it, as feul gushed out.

This raised tension among passerby, and motorists who raised an alarm over the development.

The arrival of operatives of Fire Service, at the scene, restored normalcy.

Imo State Governor, Hon.Emeka Ihedioha, later arrived the scene of the incident, where he commended the State fire service, for their prompt intervention.

innonews - August 25, 2017 0
Barcelona have secured the services of Ousmane Dembele who is seen as a direct replacement for Brazilian Neymar. Neymar left Barca for PSG in a...

innonews - February 22, 2019 0
The Imo State Police Command, Owerri has said it is working in conjunction with other security agencies in the State in a...

innonews - August 19, 2020 0
There are rumbles in the All Progressive Congress, APC, over the Okigwe Senate bye election. The consensus option, to...