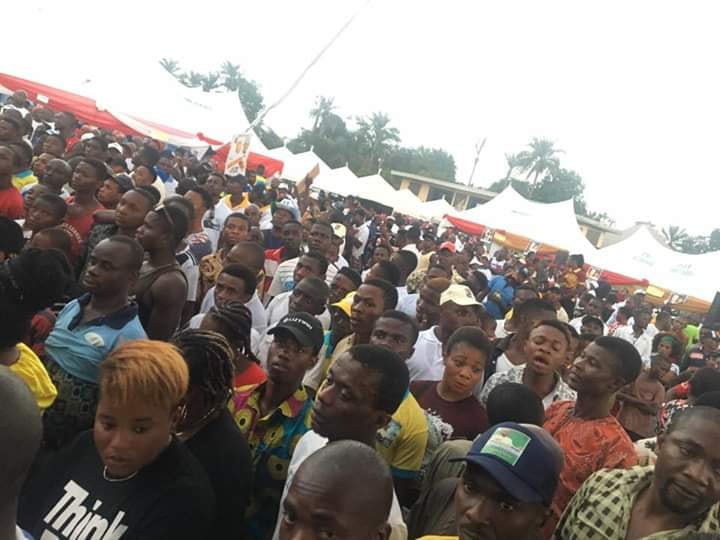 Whichever way the pendulum of justice will swing over litigations surrounding the Imo governorship election, it will shape the fate of many politicians, particularly the opposition, their allies and followers for the next four years in Imo State.

Governor Emeka Ihedioha and the ruling Peoples Democratic Party, PDP, are already in office via the March 9, governorship election, which it won.

Their victory has been given seal of legality, with the Election Petitions Tribunal and the Appeal Court, affirming Ihedioha as the duly elected Governor of Imo State.

The combined forces of the opposition, had lost out at the Tribunal and the Appeal Court, hoping that the Supreme Court, the highest court in the land, will overrule the verdicts of the lower courts.

But observations by this newspaper indicates that already the arrow heads of the opposition in the State, – Uche Nwosu of the Action Alliance, AA, Senator Hope Uzodinma of the All Progressive Congress, APC, and Senator Ifeanyi Araraume, of the All Progressive Grand Alliance, APGA, who had gone to court to challenge Ihedioha’s victory, are facing tough challenges retaining their crowd of allies, associates and supporters, after the Tribunal and Appeal Court gave their rulings.

Aside some of their core loyalists who have remained unwavered in their support, some of their footsoldiers are already exploring several options, including possible decamp to the ruling PDP, in the event the Supreme Court rules in favour of the ruling party again.

“I m taking my time, studying the scenario, and patiently waiting for the judgment of the Supreme Court on Imo Guber.

“The verdict will determine my next political step” said a top APC chieftain who does not want his name mentioned.

Investigations further reveal that majority of allies of opposition leaders in the State, are waiting with bated breath the verdict of the Supreme Court on the Imo governorship election before making their next political moves.

Governor Emeka Ihedioha, CON, had triumphed over litigation challenging his victory in the governorship election.

It was gathered that the opposition camp had suffered some level of weakness after the outcome of the two court judgements which had favoured the PDP.

The verdict of the Supreme Court is awaited, and will be the final decider on the matter.

While it was uncertain as at press time, if allies of opposition leaders are shifting grounds, there are indications that many of them are contemplating several options which include; remaining in opposition for the next four years with the consequence of being politically rusty, stay away from politics for a while, or grab the hand of friendship extended by the Governor to the opposition.

It was learnt some allies of the opposition forces have made secret moves to be part of the present government and those of them found loyal, may stand a chance of being accommodated.

Sources said after the Supreme Court verdict, Governor Ihedioha may make some changes in his administration, perhaps to acomodate repentant allies of opposition leaders in the State who are expected to stream into his administration.

The Governor had reportedly said that the task of rebuilding Imo is the collective duty of all Imolites, urging the opposition to join him in rebuilding the State.

After the Appeal Court had affirmed the ruling of the Election Petition Tribunal as Governor of Imo State, Ihedioha said “I bear none of my adversaries no ill will.

“I harbour neither bitterness nor rancour. Just as I am, without no other plea, than my earlier invitation that they come and together, let us Rebuild Imo together.

The Governor has been sighted lately with Minister of State, Education, Hon.Emeka Nwajiuba, a chieftain of the All Progressive Congress, APC.

Many Imolites took to the social media to hail the unique collaboration, an indication that Ihedioha is indeed open to work with the opposition.

“Such open collaboration sends clear signals that politics and political leanings are inconsequential to the task of good governance which Imo desperately needs at the moment” said a Facebook user, Nicholas Akasike.

Best And Effective Sun Cream To Use

innonews - July 11, 2018 0
One of the best ways to protect your skin against the sun’s harmful UV rays and UVB which can lead to skin cancer, sunburn,...