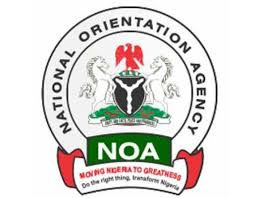 The National Orientation Agency(NOA) said it is engaging town union presidents, youth and women leaders and other stakeholders in the fight against measles, meningitis and other child killer diseases.

The Imo State Director of NOA, Mr Vitus Ekeocha stated this at a Community Governance Forum on Essential Family Practices for people of Okigwe Zone of the State on Wednesday at Ehime Mbano.

He said the forum was for a reappraisal and feedback on earlier programmes on essential family practices held few years back in the zone.

He identified some of the common essential family practices to include cleanliness, hand washing, full immunization of children, open defecation, prevention of mother to child HIV infections, oral hydration and sleeping under insecticide treated nets.

He said the programme was to drive home and get the union presidents, youths, women and other stakeholders involved in the dissemination of information on child/ mother survival from measles, meningitis and pregnancy related issues.

Ekeocha said all were aimed to reduce infant morbidity and maternal mortality.

“The forum is to evaluate where we are. The National Demographic Survey identified the South East Zone of the country as having more orphaned children than other parts of the federation.

” It also identified the zone as having more prevelance rate of open defecation than other zones, despite its higher rate of water supply.

“Communities usually hold meetings to discuss on various issues but not on health- the most important aspect of life.

“The issue is how can children from age 0 to 5 survive. The town union leaders, the youths and women are supposed to give credence to the discussion on this issue in their various meetings and put all that will be discussed today into practice,” he said.

She said exclusive breastfeeding involved giving of breast milk only without water to a child in the first six months of life and introduction of family food after six months.

She said exclusive breastfeeding leads to bonding between mother and child and keeps the child healthy because of its colostrum content that helps fight childhood disease.

Ayoka said vaccine immunization of children helps to quide against 13 killer diseases, boost immune system of children and should be given to them from day one.

She said the Federal Government has introduced the second dose of measles vaccine immunization to tackle measles headlong adding that the vaccine should be given to children in their 9th and 15th months.

She harped on the need for routine anti- natal care for pregnant women and urged husbands and leaders of the communities to encourage women to attend hospitals and health centres for their pre and post anti- natal care.

The Communication for Development Consultant of UNICEF, Barbara Nonso described measles as a very dangerous virus that could lead to blindness and possible death if not properly taken care of.

She said the best way to treat measles is through vaccine adding that the vaccine immunization would commence from Nov. 14 and end Nov. 18 and enjoined the participants to take the message home.

According to her, the meningitis vaccine would start from Nov. 28 and end Dec. 2 and is for children from age 1 to age 5 adding that children of these age are more vulnerable.

Nonso added that measles and meningitis strive more during dry season and called on parents to avail their children of the opportunity and take them to healthcare centers for the vaccine which she said is safe, free and effective.

NAN reports that the participants made up of town union presidents, youth and women leaders were drawn from different communities that make up Okigwe Zone.

innonews - March 9, 2018 0
Contrary to reports in the media that the Imo State Deputy Governor, Prince Eze Madumere’ media activities has been shut out by the state owned...