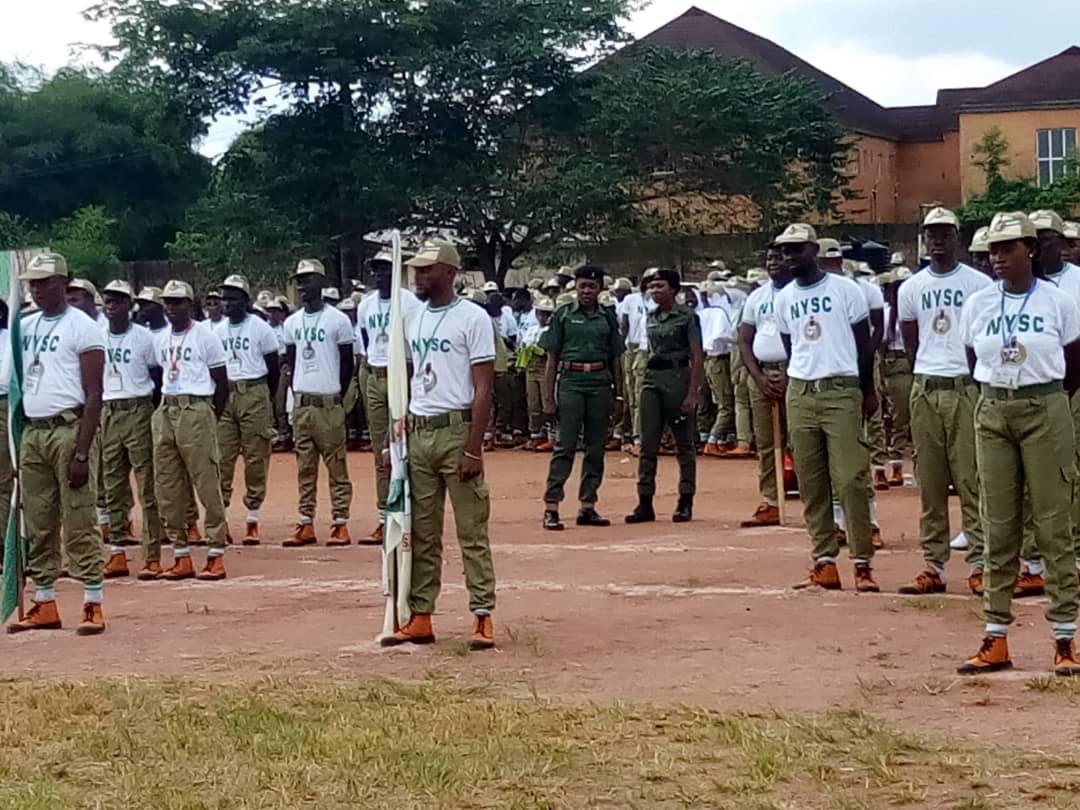 The National Youth Service Corps (NYSC) in Imo has called on the State Government to consider the importance of constructing a clinic and an additional accomodation for officials in the orientation camp.

The NYSC State Coordinator, Mr John Eloeboh made the appeal at the official Opening of the Orientation Course for the 2019 Batch ‘C’ Corps Members deployed to Imo at the NYSC Orientation Camp, Eziama Obaire, Nkwerre Local Government Area on Thursday.

He said that the appeal was necessary as “the situation at present is so bad that senior camp officials and heads of collaborating agencies crowded together in the camp.”

He expressed gratitude to the Imo Government headed by Gov. Emeka Ihedioha for its continued support and assistance to the NYSC scheme and urged it not to relent.

Eloeboh also congrtulated the corps members for successfully completing their various academic programmes from their respective institutions of higher learning which qualified them for the service.

He said they would be exposed to orientation course designed to instill in them a sense of discipline, positive attitude, diligence, skills knowledge and a world view that would equip them to stand on their own as individuals.

He said the regimented camp was to equip them with leadership qualities and prepare them mentally and physically to face the challenges of the service year.

“While you strive to discharge your responsibilities in this respect, I want to assure you that your welfare will always be accorded important consideration. Be rest assured that your entitlements will be given to you as at when due on camp and during the service year,” he said.

The State coordinator said that 1,693 corps members comprising of 846 male and 847 female were deployed to Imo state.

Gov. Ihedioha, who was represented by the Commissioner for Youths and Social Development, Engr. Okechukwu Umez-Eronini commended the corps members for being at the camp.

He urged them to seek out ways to contribute their own quota while in service adding that the scheme had grown from strength to strength and has enhanced national unity.

He also encouraged them to endeavour to leave a legacy in the 27 LGAs of the state where they would be posted.

“Government considered you as stakeholders and change agents. You should be disciplined, loyal and make painstaking effort to contribute in the rebuild Imo Agenda.

“The government will continue to support the scheme in the state,” he said.

The News Agency of Nigeria reports that the high point of the programme was the oath of allegiance sworn by the corps members as led by Justice Theresa Chikeka who represented the Imo Chief Judge, Justice Pascal Nnadi.

My Son Has No Blood Ties With Obasanjo- Tonto Dike Opens...

innonews - April 3, 2018 0
The controversial Nollywood actress has revealed to the public on her instagram page about his son’s identity. She said that her son is not...

Buhari Bans 50 High Profile Nigerians From Traveling Out Of The...

innonews - October 13, 2018 0
The Nigerian Presidency has placed restrictions on the 50 high profile Nigerians A statement by Garba Shehu, Senior Special Assistant to the President on Media...