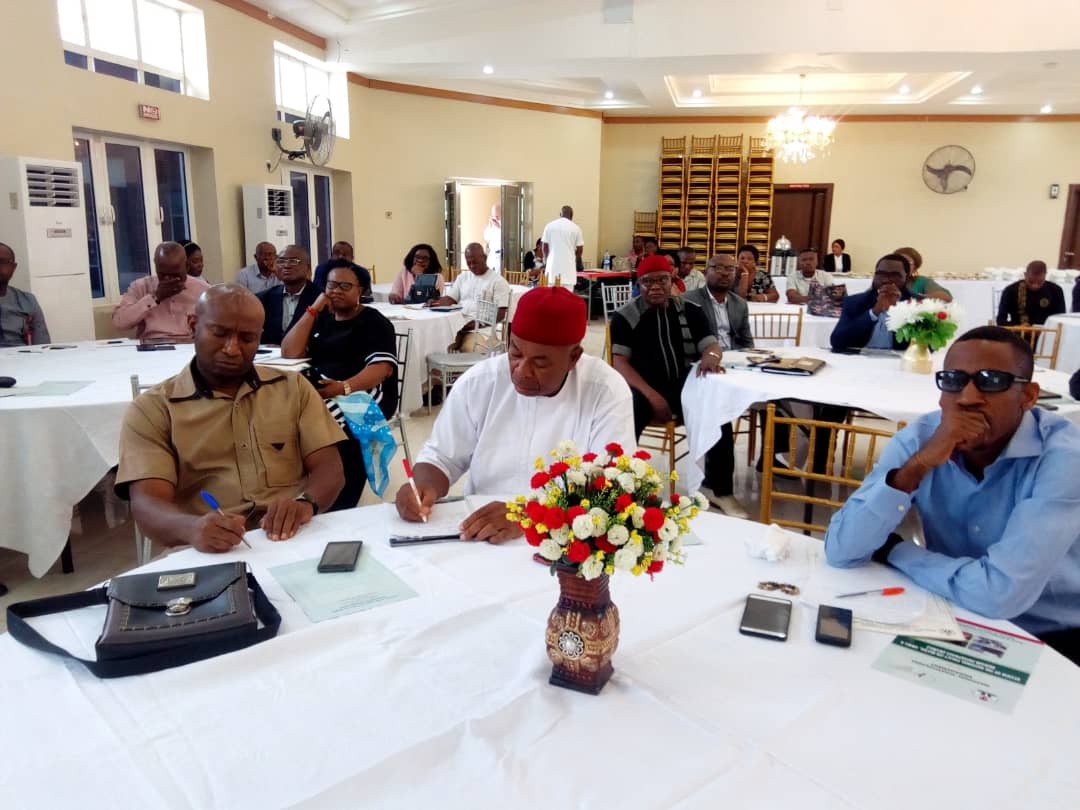 The Director-General of SMEDAN Mr Dikko Radda made this known at the National Stakeholders Engagement for the “Review of the National Policy on MSMEs”, organised by SMEDAN in Owerri on Tuesday.

He noted that the recently released National Survey on MSMEs estimated that MSMEs in Nigeria contributed 49.78 per cent to the Gross Domestic Product (GDP) of Nigeria in the face of duanting challenges.

He said the MSME sub-sector according to the survey, had created over 59,647 million employments across the country with the micro enterprises accounting for over 41,469 million representing 99.8 per cent of the entire MSME of the populace.

He pointed out that if the government and all stakeholders collaborated to provide an enabling environment, the MSMEs could get the country out of what he termed “the present predicament of unacceptable rate of unemployment, illicit financial engagements, insecurity, political and social violence.”

The director-general said that the review of the national policy on MSMEs would fast-track the process for creating the much needed enabling environment, while the issue of unemployment would be resolved within the shortest possible time.

He enumerated the achievements of SMEDAN in the past two years which include access to finance, technology and enterpreneurship training in the agency’s One-Local Government One Product programme by 109 cooperatives, while 19,550 micro enterprises had access to the agency’s Conditional Grant Scheme.

He said there was need for a cohesive puplic-private partnership in the implementation of the National Policy on MSMEs for it to be effective.

“The need for a long-term MSME strategy (provided by a national policy on MSMEs) as an imperative for national development cannot be over-emphasized.

“This is why emphasis is placed on reviewing the document every four years to be sure that the full potentials that exist within the MSME space is fully explored and exploited.

“I equally know that the gathering of great minds here today, will not also shy away from discussing the need to engage all enablers (regulatory and compliance) in mutual advocacy towards creating an environment that is truly enabling for MEMEs,” he said.

The Senior Special Assistant to the Imo Government on Ease of Doing Business Mr Leonard Ugboaja, who represented the Gov. Emeka Ihedioha, commended the organisers for chosing Imo as the venue of the programme for the South East Zone.

He said the state government is passioinate about the growth of Small and Medium Scale Enterprises (SMSEs) and had initiated moves to empower the youths in the area of Agriculture- modern farming techniques-, ICT, and Technical and Vocational Education among others.

Ugboaja said presently, the government is renovating four vocational institutions
and had commenced massive road construction adding taht the vision of the government was to give the people the much desired succour.

He hoped the deliberations would contribute meaningfully to the growth of MSMEs in the state and country in general.

Speaking, the South-East Zonal Coordinator for SMEDAN, Mr Levi Ayinkwa noted that the agency, since two years, had spearheaded some novel intiatives that had opened the doors of entrepreneurship development across the country.

He said the National Policy on MSMEs, which was the maiden policy formulated in 2007, stipulated a review every four years.

He said the last reviewe was in 2015 hence the need for a mandatory harvest of inputs from critical stakeholders to ensure the policy is robust, inclusive and implementable.

Ayinkwa said the participants were carefully selected for the development of the policy document and urged them to make inputs based on their fields of expertise.

“I urge you to help in facilitating the seamless implementation of the National Policy ion MSMEs in your various organisations when the Federal Executive Council approves the document,” he said.

They also urged government to introduce business friendly policies to enable small business enterprises to exist, have access to markets and manufacturers, and ensure good road network to access the markets amd the manufacturers.

From Six To Nineteen: How Imo Lawmakers Removed Emeziem, Switched...

innonews - November 8, 2021 0
19 members of the Imo State House of Assemby gave their consent for the sack of the Speaker, Rt Hon Paul Emeziem,...

innonews - February 27, 2018 0
Protocols: I welcome all of you dear party members to this year’s NEC meeting. Let me first record my appreciation to the party leadership in Abuja...