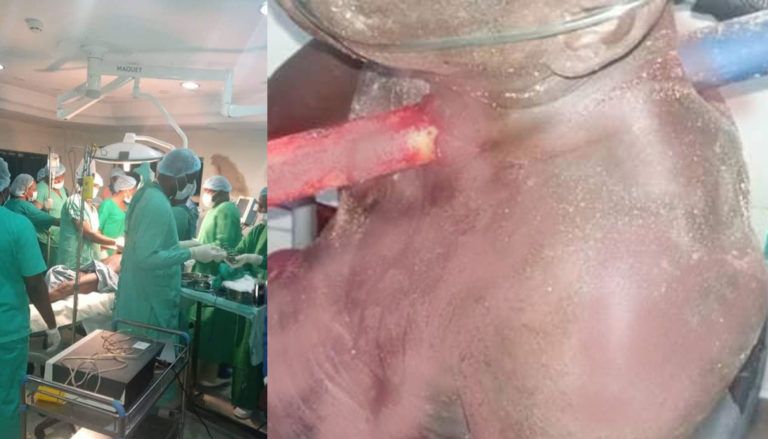 A 35 year old brick layer whose neck was pierced by a hammer has miracously survived.

According to reports, the bricklayer had fallen from a storey building while at work and landed with the lateral anterior neck, on a hammer on the ground with the handle facing upwards.

This pierced via the anterior and exited on the posterior.

A source at the Federal Medical Centre, Owerri, where the victim was rushed for treatment, said immediate action was taken to save the life of the man, as all the necessary surgeons showed up and carried out a successful surgery and the hammer removed.

The patient was said to have been transferred to the ICU for observation.

innonews - July 5, 2018 0
The leadership of the Christian Association of Nigeria, CAN were hosted by President Muhammadu Buhari at the State House, Abuja.

innonews - June 19, 2021 0
I took keen interest on the visit of Owerri Municipal leaders to Governor Hope Uzodimma at Government House,...