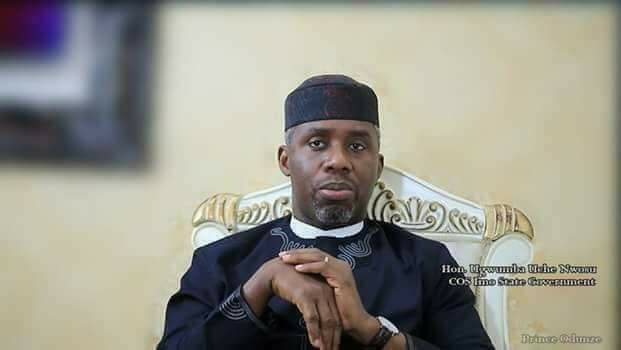 Speaking Sunday at the Sam Mbakwe Cargo International Airport, Owerri, Nwosu again said he will support whoever the Supreme Court finally decides as duly elected governor of the State.

“We have to accept it. For me, politics is not a do or die affair. It’s give and take. The Supreme Court has given its judgement, either good or bad, I have accepted it

“What matters is Imo State. I ‘ve said in my statement, whoever wins at the Supreme Court, I will give my support, be it Emeka Ihedioha, Araraume or Uzodinma. I will support but in supporting, if you do well, I will praise, if you don’t, we would criticize you.

“I have no regret at all. It’s not my first time of running for a political position. I m a politician and town planner by profession

Recall that Nwosu’s candidature in the governorship election in Imo State was voided by the Supreme Court for dual nomination.

He had accepted the verdict, announcing his return to the All Progressive Congress, APC.

innonews - March 28, 2022 0
Indications have emerged that Gov Okezie Ikpeazu and his predecessor ,Chief T. A Orji may have settled for the immediate past Vice...

innonews - December 30, 2021 0
Opposition political leaders in Imo State, have united after the arrest of Uche Nwosu by the Police. Nwosu, son...