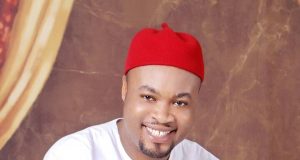 The newly appointed Director General of Imo State Orientation Agency, Mr Martin Opara has hit the ground running as he meets staff of the agency, at all level to preach the rebuild Imo message of change of attitude and dedication to work.

The DG who had earlier paid familiarization visit to the Imo Broadcasting Corporation IBC and appeared as guest to live radio programmes at radio stations, has not left anyone in doubt of his determination to restore the lost glory of the agency.

In a meeting with Orientation Officers of the 27 Local Government Areas at the headquarters of the agency in Owerri, Mr. Opara reminded all staff of the agency to live up to their responsibilities at all times.

According to the Orientation boss the State Governor, Rt Hon. Emeka Ihedioha decided to appoint a substantive DG for the orientation outfit because of the level of importance his government attaches to dissemination of information to the people and change of the psyche of the school children and adults alike, stressing that the governor’s desire is to see the agency back to it’s pride of place.

He therefore urged the foot soldiers to redouble efforts at ensuring that policies, programmes and activities of government are spread to all nooks and crannies of the state with special reference to the rural areas.

While soliciting for the support and collaboration of d LGOO’s to enable him succeed, Mr Opara assured that the agency under his watch will get back to it’s feet.

innonews - September 12, 2018 0
Imo State Governor, Rochas Okorocha has relieved some appointees in his government who are seeking election into public office. According to a statement by Sam...

innonews - January 20, 2020 0
The management of Public health has remained a great challenge to all Governments across the world, especially in developing countries like Nigeria....

innonews - February 26, 2021 0
BY EVEREST EZIHE The recent victims of wanton burning and destruction  of houses and properties in Oguta Amaeshi ancient...