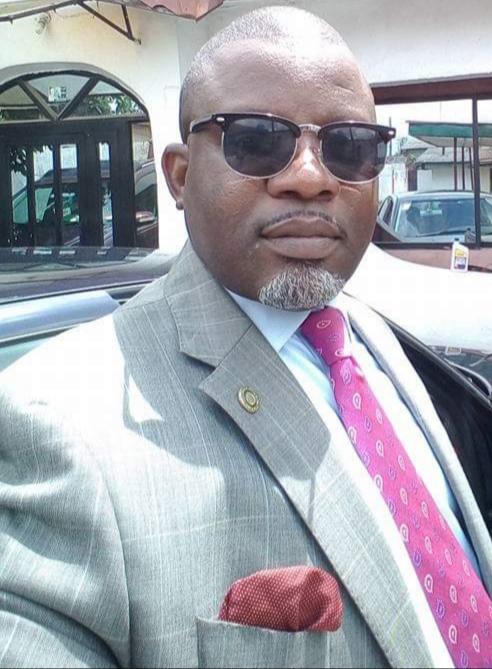 Chuks Ajaelu, PHF, KSC, a High Chief of Ihitte Uboma in Imo State, has brought fresh innovation to politics in Nigeria. He believes that professionals should not stay away from the political stage.

Many agree that the absence of professionals in politics has contributed to the influx of “unqualified persons” who flood the Nigerian political space. The end product of this anomaly is poor leadership and clueless governance.

Ajaelu’ s mantra- professionals in politics- earned him attention and commendation nationwide; particularly at a period most Nigerian politicians do not have a “second address” or rather the political scene is left for core politicians alone.

He can be adjudged to be part of a new order in Nigerian politics and a fountain of hope for businessmen and professionals, whom through the National PDP Professionals and Business Group, NPBBG are encouraged not to shy away from politics.

To showcase his belief, Ajaelu joined the NPPBG in 2015, a worthy innovation which seeks to glue politics and business together, a veritable platform to bring politicians and professionals under one umbrella.

The NPPBG is an assemblage of professionals, non politicians drawn from diverse fields of human endeavour who are active in politics and are strongly aligned to the Peoples Democratic Party, PDP, Nigeria’s leading opposition party.

According to the Mission statement of the group, it states that “the mission and vision of NPPBG is hinged on the need for professionals and businessmen & women (the most educated, the wealthiest, and the most travelled) set of Nigerians to stop sitting idly on the bench and complaining about bad government.

“We believe that this category of Nigerians, to whom the country has invested so much in, should rise up and provide the much needed great and visionary leadership that our country requires so badly today.

Ajaelu can also easily be linked to vibrant category of young politicians with the firepower and adrenaline to make a mark on the nation’s political landscape- a firm believer that politics can tango with business. In otherwords, politicians and professionals can mix.

A bridge builder, and a de-tribalized Nigerian, he has expanded his association beyond the South- East, having aided some top northern politicians such as Senator Ahmed Makarfi to aspire for the Nigerian Presidency.

In his home state of Imo, he will be easily remembered for leading a faction of the Peoples Democratic Party, PDP in Imo State at a time the battle for the soul of the party was fought for by political titans in the State.

He later sheath his sword in the interest of the party to ensure it recaptures power in the State. He had played active roles to galvanize Imolites who stay abroad to contribute to development of Imo State, a role he discharged when he served as a member of Imo State Diaspora Committee 2012-2015.

Born into the foremost political dynasty of Late Chief & Lolo N.Ajaelu from Ekwereocha Amakohia in Ihitte Uboma, he holds three traditional titles from the old Etiti clan comprising Ihitte, Uboma and Obowo,which underscores his closeness to the locals- the grassroots.

He also heads the Imo London Committee, a group of distinguished individuals who now reside in Nigeria who have made impact in politics and other fields of human endeavour and have made huge contributions to the development of the State.

A true champion of our time!

“Ajaelu can easily be linked to vibrant category of young politicians with the firepower and adrenaline to make a mark on the nation’s political landscape- a firm believer that politics can tango with business, in other words, politicians and professionals can mix.

innonews - September 29, 2022 0
The Imo State government has directed all citizens of Imo State to desist from acts that block drainages meant to ease free...

innonews - August 24, 2021 0
BY ADANNA OBI, ENUGU The South East Coalition for Good Governance, SECG, has said it has concluded it's...

innonews - June 5, 2020 0
A fresh plot to cause a stir within the leadership circle of the Peoples Democratic Party, PDP, in Imo State seems to...