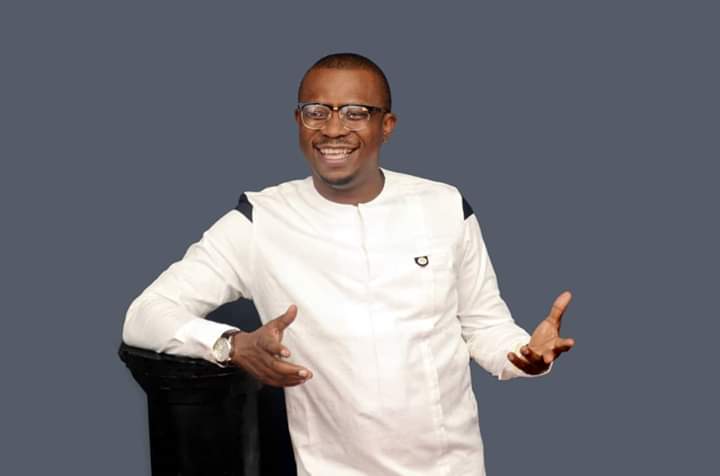 Franklin Ngoforo is an epitome of doggedness, a leading light for millions of Nigerian youths pummeled by the harsh social and economic conditions in the country.

Ngoforo is also an emerging ambassador to the cause of humanity in his native Ideato North LGA,Imo State, having showcased undiluted compassion to those on the lower ladder of the society- the needy, the hopeless, the less privileged.

He remains a beacon of hope to millions of hopeless youths not just in his native Ideato North but across Imo State and beyond.

Franklin rose to the top through sheer dint of hard-work after overcoming and conquering the bobby traps of life. His journey to success was herculean and daunting, but could serve as an inspiration to millions of despondent Nigerian youths who daily, grapple to become successful.

He said “Growing up, I saw daily the pain and challenges people undergo in the villages. My story on my upbringing is not different from any other Nigerian youth raised in the villages.

“There were no infrastructure and basic needs such as education, health. They were absent. No one wanted to identify with us because we had nothing.

“At an early age, I understood that in order to effect any meaningful change, getting basic education was the key, though at that time it was an uphill task but I was determined despite the fact the odds that were against me.

“I came to understand why some people say succeeding in Nigeria should be listed as a skill on one’s Curriculum Vitae, because it takes one with strong will and tenacity to break barriers impeding one’s growth and success in life.

“I had always wanted to change my story and I knew for me to succeed, I had to change myself if I could make changes in my community and for my people.

Today, Franklin runs chains of businesses from property to ICT, a clear reflection or indication that in life, no matter the challenges, only the strong willed and the focused will excel.

Ngoforo believes in the power of conviction. For him, conviction begets reality. He said “Before I built my first house, I had to build it in my mind. And it worked for me.

He later established Mega Towers Nigeria Limited, which specializes in roofing, alumaco and tiling, which employed many Nigerians. The firm retained top clients such as Lekki Garden, Diamond Estate and others.

In 2013, he set up Lush Integrated Services limited in South Africa, registered as a construction company which builds and sells residential properties. His company remains a success in South Africa, having played key roles in tackling housing needs and demands of South Africans.

QuantyPro Pty Limited is another business outlet of Mr.Franklin, with interest in Data.

“It was established in South Africa as a consultancy firm deeply involved in assisting organizations and industries to identify and understand data and convert it to information for actionable insight.

One of the unique features of Mr. Franklin Ngoforo, is his passion for humanity. He does with style and finesse. Having tasted the bitter pills of life on his journey to stardom, he identified the need to reward humanity.Through the Franklin Ngoforo foundation, he has shown burning passion to eliminate poverty in his domain.

The Ngoforo foundation has proved to be an outstanding organization genuinely committed to rebuild lives. The Foundation is sponsoring the education of more than 500 youths abroad, all expenses paid, a rare feat which has earned the applause of well meaning persons.

His reasons are not far fetched for such rare act.

He said “The youth represent the next generation of leaders, drivers of innovation and economic progress

Women are not left out in the scope of the foundation. Recently, hundreds of women benefited from over 500 bags of rice doled out to indigent women in his home area of Arondizuogu in Ideato North LGA of Imo State.

The Foundation is in the business of rebuilding lives and has achieved remarkable success receiving thumps up from well meaning Nigerians who appreciate the gracious work of Mr. Franklin Ngoforo.

Franklin is an epitome of success, a propelling factor for those who want to aspire to Olympian heights but whose spirit is dampened by prevalent social, economic and environmental limitations in the country.

“Franklin rose to the top through sheer dint of hard-work after overcoming and conquering the harsh crucibles of life. His journey to success was herculean and daunting, but could serve as an inspiration to millions of despondent Nigerian youths.

innonews - March 7, 2018 0
Imo State Deputy Governor, Eze Madumere has  been shut out from all state government functions in what appears a political crackdown on the number...

innonews - January 24, 2019 0
The All Progressive Congress, APC Owerri Federal Constituency candidate, Hon Obinna Mbata has opened up on his ambition.