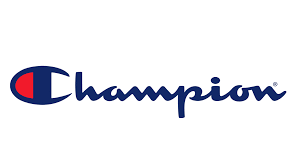 A statement signed by the online newspaper publisher, Innocent Onyeukwu, said the Hall of Champions, is an annual exercise instituted by the newspaper to recognize men and women who excelled in various fields of human endeavour within the year.

“INNONEWS.COM HALL OF CHAMPIONS is an annual event, instituted by the management of the online newspaper, to honour and recognize men and women, who excelled in various fields of human endeavour within the year.

“It is NOT an award showpiece, but rather a conscious effort and resolve of the editorial board of the newspaper to recognize those in our view, we consider made an impact in politics, governance, economy, or in one unique area of human endeavour.

“The maiden 2019 INNONEWS HALL OF CHAMPIONS shall unveil the finest in various sectors after a careful analysis of those shortlisted.

“The process of shortlisting recipients was not entirely the sole duty of the editorial board of the newspaper, but was subjected to rigorous screening exercise by an independent evaluation team, made up of veteran journalists, who were actively involved in the process of selecting and nominating the recipients.

“20 categories spanning across various fields were designed, but was reduced considerably after due consideration.

“Successful recipients shall be unveiled by the newspaper bi weekly.

Covid 19: Continuous Lockdown As Recipe For Major Crisis. BY CHIEF...

innonews - April 8, 2020 0
As we ponder on the desirability or otherwise of lifting the ban on economic activities in our country, there is need for...

‘An Igbo Accepted Outside Igboland Will Be President In 2023’

innonews - August 8, 2020 0
The South East Coalition For Good Governance, SECG, has said for an Igbo to emerge President of Nigeria in 2023, the zone...

Imo PDP: Our Social Media Team Was Banned For Attacking Our...

innonews - August 25, 2018 0
The Peoples Democratic Party, PDP, Imo State has explained why it banned its social media team. The party had set up the team elevating it...

innonews - November 17, 2020 0
As a gospel preacher, my intention is to teach humanity the true way of life as enshrined in most Holy Books of...

innonews - March 26, 2020 0
By David Uka, Abakaliki The Ebonyi  state government said it would close it's land borders with effect...