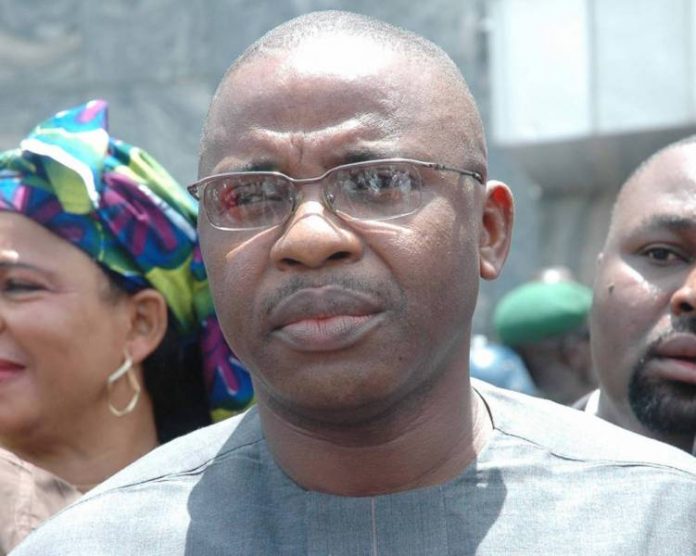 Former Imo State Governor, Ikedi Ohakim, has said its time to re work Nigeria, especially its unitary system of government which he identified as a factor which retards development of the country with people living in extreme poverty, vulnerability and racial discrimination.

He said the need to rework the country’s articles of association, is to unleash the potential of the people.

The former Governor spoke at the 2019 Public Service Lecture/Award Series, organized by the Imo State branch of University of Ibadan Alumni Association, held at the Protea Hotel, New Owerri, on Saturday.

Ohakim, who dwelt his lecture on “Nigeria: The Leadership Question”, harped that “I strongly believe that we cannot develop Nigeria from Abuja.

He said”Abuja, the behemoth called the Federal Government, is becoming a disincentive for the development of this country. We must consider reworking the country’s articles of association to unleash the people’s potential”.

Ohakim stressed that “Unitary Government, as being practiced in Nigeria today, no longer works for anybody. The evidence is that virtually everything federal has failed or collapsed and the urgency of our situation demands a new normal, a clear and different structure through which our people will be organized to face the 21st Century challenges. The earlier we stop ducking and diving with a political structure that has failed us for more than 50 years, the better”.

He maintained that Nigeria is stagnant on development and welfare of citizens due largely to bad leadership of which he blamed on greed, corruption and bribery, ethnic and religious bias, incompetence and wickedness among those who are privileged to hold political power.

On Biafra agitation for restoration to Independence, Ohakim advised Federal Government of Nigeria no to underrate Biafra.

“All I would say here is to advise our present political leaders to avoid the mistake the British made in Northern Ireland where they failed in their trap of believing that because they had power, weapons, soldiers and experience that dwarfed those of the insurgents, it did not matter what the people thought of them”.

“History tells us that Britain could not defeat the Northern Ireland insurgents for more than 20years. Peace negotiation did the magic…”

While charging government to encourage planting of trees to save the society from environmental or climate change disaster as desertification, deforestation, he said a leader must have the courage to act even against an expert advise for even development to thrive, regretting that due to bad leadership, the led are battling with unemployment, hardship and chronic diseases and untimely death and appreciated the UI alumni association for recognizing him with an award of excellence.

Akaragburuonye Sues For Peace Among Aggrieved APC Members In Oke-Ovoro...

An Offending Senator And His Apology- The Law. BY PROF NNAMDI...

innonews - May 15, 2018 0
Apparently disturbed over unfavourable political developments and loss of grip in Imo APC, Governor Rochas Okorocha and members of the Imo State House of Assembly...