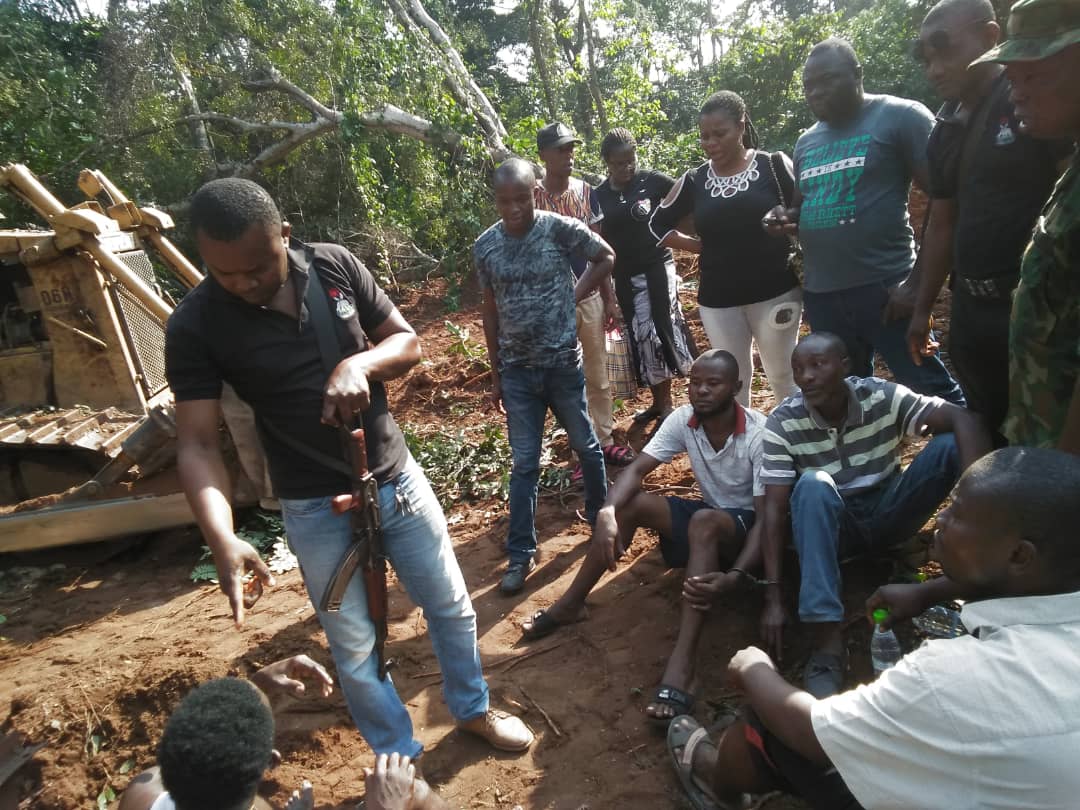 Before the arrest, the invaders who allegedly invaded the government facility had claimed that their action followed an instruction of the leadership of Nekede community to lay claim to the zoo forest.

They fell down trees in the forest and destroyed some animal facilities during the process.

The News Agency of Nigeria (NAN) reports that Imo government has been in a running battle with the community over ownership of the zoo forest.

While the community claimed that a court of competent jurisdiction has ceded part of the forest to the community for expansion, Imo State government said there was no such judgment and insisted that the land belong to government.

But the invasion has since generated wide criticism against the community, while Gov. Emeka Ihedioha has also began the process of reviving the zoo to international standard.

The Joint tax-force led by Monitoring Unit of Imo police command said the invaders were arrested for conduct likely to cause breach of peace.

It said the police will swing into serious investigation into the matter with the aim of making peace for both parties.

Meanwhile, some lovers of nature have warned government on the implication of releasing the zoo forest to the community.
Dr Jude Owuamanam who visited the zoo on Saturday told NAN that if the government releases the land, the plan to transform the zoo to international standard will be defeated.

He said “This is the only surviving zoo in the entire South-East and there is no such forest anywhere in Igbo land.
“Government is planning to bring some crowed pulling animals whose natural habitat will be in the zoo forest”, he said.

He said the forest is and the zoo are protected by the law of Eastern Nigeria, while also referring government to the land use act.

innonews - April 17, 2019 0
Prior to the 2019 governorship election in Imo State, some political foes of the in-coming Governor, Rt Hon. Emeka Ihedioha,...