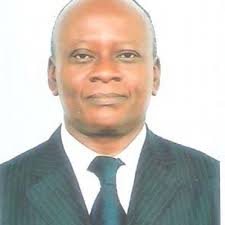 A chieftain of the All Progressive Congress, APC, Vitalis Ajumbe, has congratulated Senator Hope Uzodinma on his emergence as Imo State Governor.

In a statement, Ajumbe said Fr.Mbaka should be apologized to

I congratulate Senator Hope Uzodinma and all APC members for the victory. IMO State has come back to APC where it originally belonged. People who called Rev. Mbaka names as a false prophet should now apologise to him publicly. Mbaka prophesied it and it has come to past. The highest court in Nigeria has said it and there is no going back. Congratulations to Senator Hope Uzodinma and His Deputy, Prof. Placid Njoku.

Emeka Ihedioha tried his best. He fought like a lion. He outsmarted his opponents in the last governorship election. He should take it as a sportsman. Age is still on his side. He may one day be the Governor of IMO State. God bless IMO State

innonews - October 16, 2020 0
The Ohaneze Youth Council said the file will document details of information of victims of SARS assault BY EBERE...

Mikel: I M Keen To Return To England

innonews - May 8, 2020 0
Former Governor of Abia State, Dr.Orji Uzor Kalu, has reacted to the judgement of the Supreme Court which nullified the ruling of...

innonews - May 8, 2018 0
A former Commissioner of Finance in Imo State, George Irechukwu has joined the Imo governorship race. Irechukwu served in the administration of Governor Ikedi Ohakim.He...