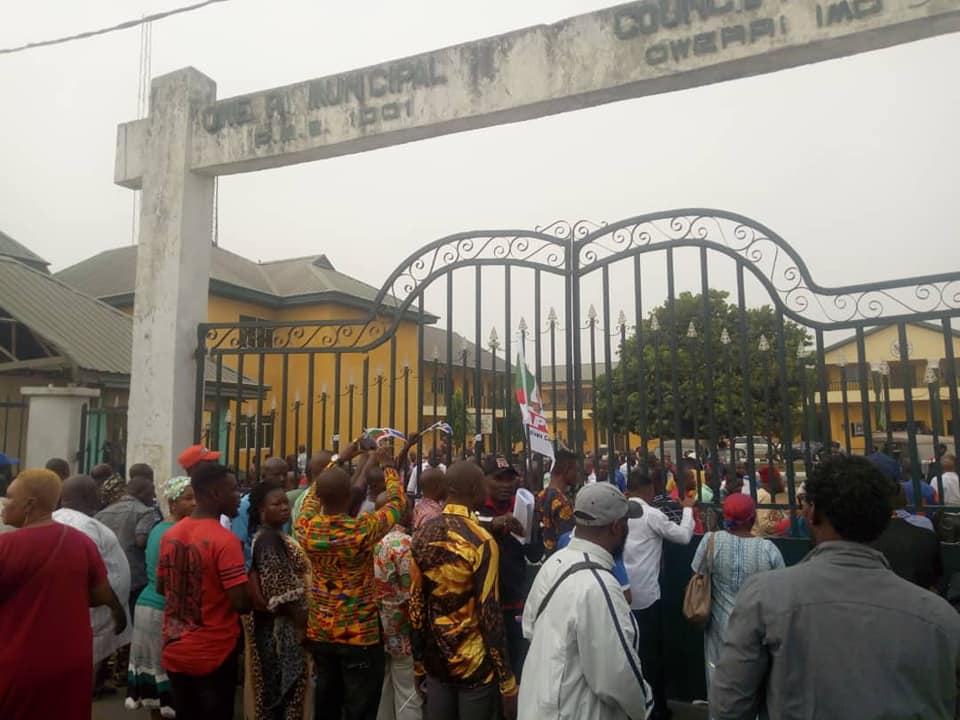 The invasion of the Secretariats of the 27 local governments by suspended Chairmen and Councillors in Imo State, is unjustified and an act of cowardice.

Such behaviour is irresponsible and a recipe for chaos which could have thrown the entire state into anarchy.

The death of a suspended Councillor in Isu Local Government Area,who was reportedly killed during a melee that ensued at the Council Headquarters in Amandugba, is a testimony of the brigandage unleashed on the State by those who deliberately twisted the facts to justify their acts.

The law enforcement agencies should not handle with kid gloves the mastermind(ers) of such brazen act of banditry and hooliganism, which was capable of turning Imo State into a theatre of bloodbath.

The suspended Chairmen acted ignorantly of the law.

The Supreme Court judgement which purportedly ordered the reinstatement of the LGA Chairmen in Ekiti State, could not have been applicable in Imo State when there is no similar matter from the State before the nation’s apex court.

The law does not act in isolation neither could court judgements be imported like “Goods” from Togo and sold in Burkina Faso.

It is impossible to transmit a court judgement on a particular matter to another case. This is not permissible in law.

The Supreme Court judgement on reinstating LGA Chairmen in Ekiti State, can only be a reference point, a precedent to aid in rendering judgement on similar matters in future.

The procedure leading to their suspension stands in conformity with the rules and processes in removing erring officers of the Local Government Councils as adhered to by members of the 7th House of Assembly, who coincidentally belonged to the same political party with the suspended Council Chairmen.

Their suspension however, is subject to the interpretations and dynamics of the law which only the Courts can competently discharge.

The suspended Chairmen should allow the Courts do justice on the matter and not resort to acts considered barbaric and mundane in an era of civility.

“The Supreme Court judgement on reinstating LGA Chairmen in Ekiti State, can only be a reference point, a precedent to aid in rendering judgement on similar matters in future”.

innonews - December 12, 2017 0
BY DAN OPARA# A Chieftain of the All Progressive Congress APC in Imo State and  a  former General Manager of Owerri Capital Development Authority, OCDA,Barr....

innonews - April 5, 2018 0
Sokoto State Governor, Aminu Waziri Tambuwal this afternoon arrived the Sam Mbakwe International Cargo Airport,Owerri. Tambuwal is said to be on a private visit. He was...