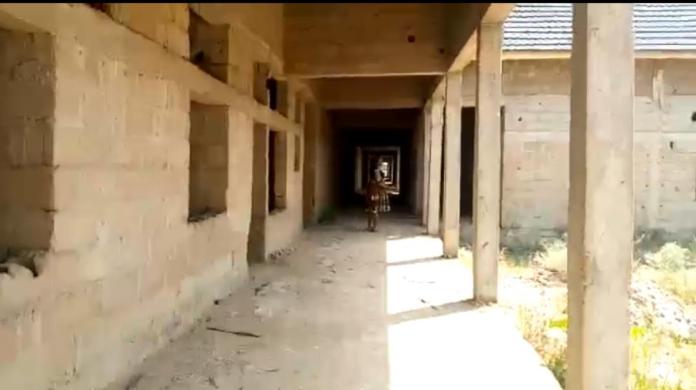 In a bid to ensure that the state benefits from world class, high standard of health care service delivery, which is part of the dividends of democracy, the Cross River state government has embarked on building of three standard referral Specialist hospitals.

Cross River State governor, Ben Ayade signed the multi-billion contract with the General Electric (GE) that would ensure the completion of these projects.

This giant step by Gov Ayade has been described as a welcome development by the people after Wednesday’s signing ceremony, which took place at the Conference room, Governor’s office, Calabar.

Key among the areas that have been pinpointed is the Obudu hospital which has been roofed with GE to do the finishing furnishing and equipping; Etung and Akpabuyo which are near completion.

The three specialist hospitals are expected to provide quality health care services to the people of Cross River State when completed.

They have been issued an eight- month deadline to complete the project, as the administration of Gov. Ayade is obviously in a hurry to have its citizens enjoy that level of care which most medical specialist have described as second to none in Nigeria “Ayade’s great strifes shows commitment to revitalizing the health care sector.

Ayade said he was optimistic that the company will live up to its billing and justify why it got the contract, adding that “GE is a brand known worldwide. The GE and Cross River State Specialist hospital will be a model of how a specialist hospital should be run when completed”

More so, General Electric (GE) has been saddled with the responsibility of completing and equipping the specialist hospital in Obudu Local Government Arae of the State.

innonews - November 9, 2019 0
The Court of Appeal sitting in Owerri has nullified the election of a member of Imo State House of Assembly, Hon.Lawman Duruji.

innonews - July 2, 2021 0
Governor Hope Uzodimma's new look cabinet, may be a mixture of sorts, as he assembles a new team of Commissioners and aides...