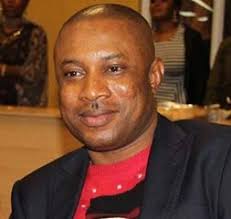 The numerical strength of the Peoples Democratic Party, PDP has continued to diminish in the Imo State House of Assembly.

Last week, it lost no fewer than 8 members to the All Progressive Congress, APC, mainly from Orlu zone where Governor Hope Uzodinma hails from.

The nine House members from Owerri zone all of PDP extraction, refused to be swayed to join the APC.

But their ranks seem to have been punctured with the defection of Hon. Uche Ogbuagau, member representing Ikeduru State Constituency.

In a letter to the Speaker of the House, Ogbuagu, said he decided to join the APC “in the interest of the people of Ikeduru”

Part of the letter reads “ This decision is  inevitable following the ugly treatment meted out to me by the Peoples Democratic Party, PDP”

innonews - June 6, 2021 0
. Heads of faith-based organisations in Imo on Saturday called on political leaders in the state to sheathe their sword and support Governor...

innonews - September 2, 2018 0
As the 2019 general elections draw near, the United Progressive Party, UPP has declared that it will not field any presidential candidate in the...

innonews - August 22, 2020 0
Ronald Koeman, the new coach of Barcelona, has dropped the trio of Luis Suarez, Sergio Busquets and Jordi Alba as part of...