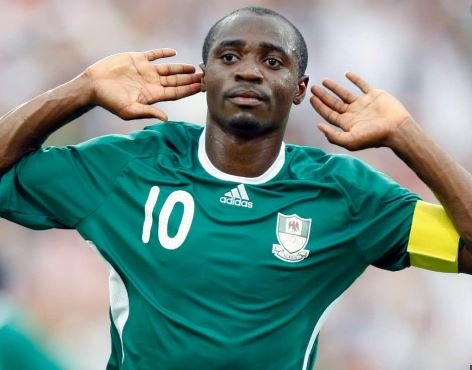 Former Nigeria U- 20 captain, Isaac Promise, has been buried at his village in Umudim, Ohekelem, in Imo State, South East Nigeria.

The funeral took place with no representative of the Nigeria Football Federation, NFF in attendance.

Online news portal, Opera News quoted a family member to have said invitations were sent out in December, “but no representative from the football community showed up.

“We sent out the programme in December, but there was no representative from the football community,” a family member told Opera News.


“Imagine a former captain of Nigeria and there was no NFF representatives among the audience, and not even a former teammate.


“This is another lesson for footballers, you are only important when you are actively involved in the game because no one cares after your career is over.”


Promise is survived by his wife Kate and three children.


Captain of the Nigeria side that won a silver medal at the 2008 Beijing Olympics, he represented the West African nation at the under-17, under-20 and under-23 categories.


He scored both goals in a 2-0 win over Egypt in the final to help his country to continental success at the 2005 African U-20 championship in Benin.


A product of Grays International school in Kaduna, he also helped Nigeria to a runners up finish at the Fifa U-20 World Cup later that year.


He spent much of his career in Turkey, with Trabzonspor, Manisaspor and Antalyaspor among his former clubs, and also had a brief spell in Saudi Arabia with Al-Ahli.


Promise was posthumously voted Forward of the Year by fans of American USL side Austin Bold in late November.


At 16, Isaac Promise had a trial at Manchester United, along with fellow Nigerian John Mikel Obi, but he was not successful.

innonews - May 23, 2018 0
*From David Uka, Abakaliki* Police and other security agencies in Ebonyi state have forcefully disrupted a protest by the Movement for the Actualisation of Sovereign...

innonews - June 16, 2017 0
Cristiano Ronaldo today made a surprise revelation saying he will leave Real Madrid this summer. He said he does not want to play in the...