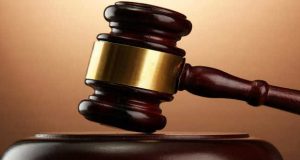 The Supreme Court sitting in Abuja is expected to render judgement on appeals on Imo governorship election won by Hon.Emeka Ihedioha.

The Supreme Court judges led by the Chief Justice of Nigeria, Justice Tanko Mohammed is in charge of proceedings.

Piecemeal information received from the ongoing sitting indicate that judgement has been stood down in Senator Hope Uzodinma vs Emeka Ihedioha case after the appeal have been heard.

Same in the matter between Senator Araraume and Governor Ihedioha.

Uche Nwosu of the Action Alliance, AA has withdrawn his case through his lawyers.

innonews - July 6, 2017 0
Reports reaching this news website indicates that four days to the deadline given to Ahiara Diocese priests by Pope Francis to recognize Mr. Okpaleke...

innonews - December 26, 2018 0
Four months to the governorship election in Imo State, the editorial crew of innonews.com.ng deemed it appropriate to embark on extensive investigation and analysis...

innonews - June 2, 2022 0
The Imo State government, Wednesday, said those spreading false rumours that Governor Hope Uzodimma is down with stroke “are descendants of Lucifer...

Imo APGA: On The Verge Of Rising From The Ashes?

innonews - October 9, 2017 0
Lately, the Imo State chapter of the All Progressive Grand Alliance, APGA has been on the rave with top politicians from other political parties...