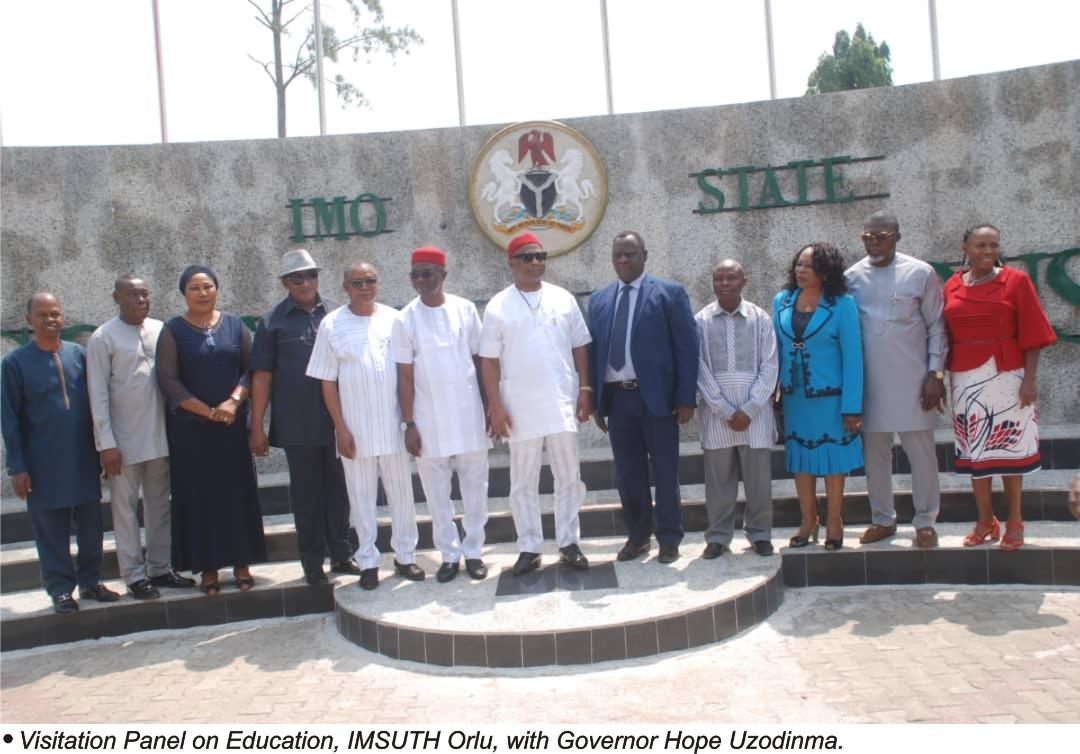 Better days await manufacturers in Imo State as the Governor, Senator Hope Uzodimma, has committed to creating an enabling environment for them and industrialists in the state.

The Governor spoke on Wednesday when he received the Imo State Chapter of the Manufacturers Association of Nigeria (MAN) at the Government House in Owerri.

This is contained in a statement signed by the Governor’s Chief Press Secretary, Ogwuike Nwachukwu

He challenged them to attract investors to Imo State.

Governor Uzodinma said he is aware of the challenges facing them, assuring that his administration is keen on the revival of industries in the state.

The Governor said: “I am not unaware of your challenges. We are committed to ensure that our state is industrialized and employment created  for our youths”.

While warning that Government will not hesitate to revoke Certificates of occupancy (CofO) issued to unserious allotees, Governor Uzodinma advised the manufacturers to attract investors into the state for optimal development.

Speaking earlier, President of the Manufacturers Association of Nigeria, Engr. Chuma Eluma thanked Governor Uzodimma for thinking outside the box in his quest to make the state a manufacturing hub in the South East.

Eluma disclosed that the high cost of production in the state is associated with the deplorable state of roads at the industrial layout, inadequate power supply and constant extortion from security personnel.

He called for the intervention of the State Government to arrest some of these problems and promised that they will do their best to improve the manufacturing sector in the state for the betterment of Imo people. 

innonews - August 17, 2018 0
Manchester United midfielder, Paul Pogba will remain with the club despite a reported training ground fight with Coach Jose Mourinho. According to The Sun UK,...

innonews - April 3, 2018 0
A sexy and curvy actress Genevieve Nnaji is at it again in her new photo of school girl hair style posted in her instagram...

innonews - July 24, 2020 0
If the statement credited to Lai Mohammed, Nigeria's information minister, is anything to go by, the...

Nwankwo Kanu Opens Up On Loss Of Olympic Medal

innonews - January 16, 2019 0
Former Nigeria Forward, Nwankwo Kanu has expressed shock over the loss of every medal he won during his playing days .