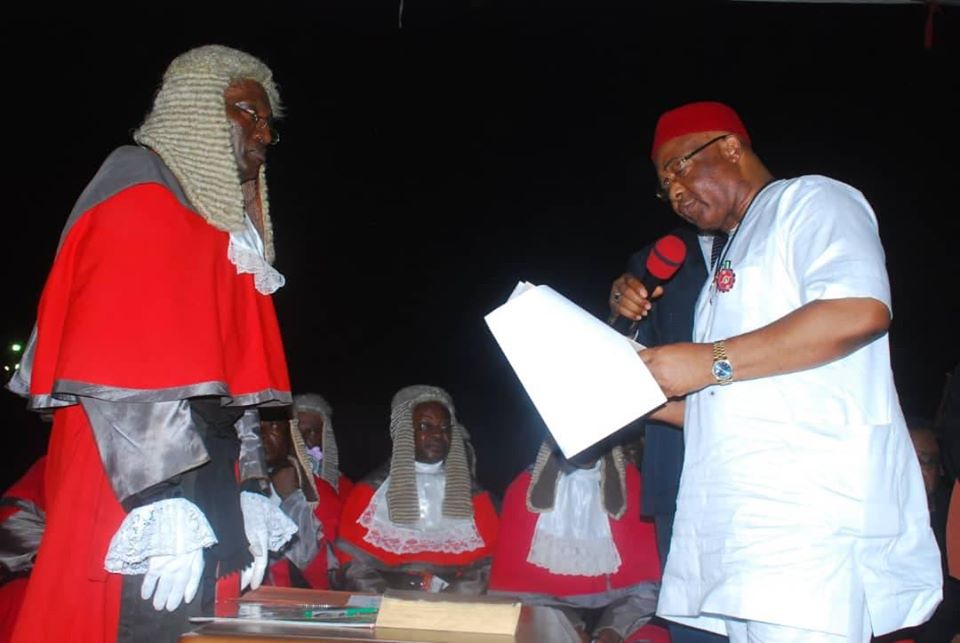 He alongside his Deputy, Placid Njoku, were sworn in by the Chief Justice of the State, Justice Paschal Nnadi.

In his inaugural speech, the new Governor directed all permanent secretaries of all the Ministries in the State to forward to his office within four days the status of all contracts awarded.

He also directed the Accountant General to prepare a comprehensive status of the finances of the State from May 20, 2010 till date.

Governor Uzodinma said his administration will be built on rehabilitation, reconstruction and recovery.

He said the judiciary demonstrated huge courage by declaring him Governor of Imo State, adding that he has forgiven those who robbed him of his hard earned victory.