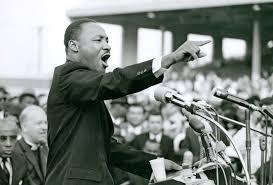 The bible said in Prov. 29:18: Where there is no vision the people perish. God knew that he as the pioneer visionary leader has appointed his men to shepherd his children in various sectors of life, he created ideas as leadership tools in order to facilitate development for the enhancement of the society.

Leadership is a called from God, unto men for a purposeful task to be accomplished. As a student in a tertiary institution, I was appointed as a course Representative of my class to lead our Academic affairs and I conquered academic thorns of my class.

Before, I progress with this leadership piece, let me explain what is visionary leadership? Features of visionary leaders and idolize leaders who have accomplished great task and have written their names in the sand of time for us to emulate.

Visionary Leadership: entails a naturally endowed leaders who possess the ability to think and plan the future in an intelligent way. He must understand “Safety is not his motto and will face dangers in order to defeat them.

For there to be an ideal society; which is a perfect society; where there is a suitable atmosphere in all gamuts of life, where peace and tranquility reigns both in politics, economy, education and religion aspects it ought to tap talents of visionary leaders who can transform the world through divine inspirations and who cares for the welfare of his followers.

For any visionary leader to emerge, it must have this essential traits endowed on him/her by God.

A leader must embrace and honour God: in various aspect of life and his administration and should allow God to take control of his administration in order to accomplish greater task. “A nation without God is a sheep without a shepherd.” America anchored their foundation in line with God with their motto: “In God we trust” by the Early founders in 1776 and God elevated them to be “WORLD POWER.”

A leader must request wisdom from God: in order to govern his people, as wisdom will aid him in order to discern between good and bad so as to endorse good polices that will uplift his followers.

A Leader must be creative and produce ideas in order to cure the maladies of his followers. Jesus as a king was able to feed 5,000 multitude of people with two fishes and five loaves of bread.

A leader must be intellectually inclined; in order to use good ideas for the execution of his projects. plato the Greek Philosopher Postulated” until philosophers become kings there can’t be an ideal nation”.

A leader must love his followers and provide their needs. Jesus Christ as a shepherd according to John 10:11 laid his life for his sheep and conquered the world for us. For any leader who imposes hardship on his followers, hear the word of God in Jeremiah 23:1 Disaster for the shepherd who scatter the sheep of my pasture.

A leader must have foresight, in order to predict what is likely to happen and use it in order to avert future crises. Before Joseph was appointed Governor in a foreign country of Egypt, he dreamed about it and when he became Governor. God used him to save lives including the family members who sold him into slavery. Such is the paradox of wickedness.

A leader must be selfless; in order to optimize the resource of his followers and must be optimistic during recession in order to change water into wine.

A leader must be courageous during horrible periods and understand “Tough Times Never last but Tough people do” and “paths without obstacles don’t lead anywhere”. A leader should employ good communication skills: in order to communicate effectively with his followers as “Without communication there is no life”. A Leader must be humble in order to serve his followers as God opposes the proud and raises the humble to greater heights. The Reward of a leader is “Honours”. And he becomes a celebrity.

Abraham Lincoln: was the 16th president of America, led America during their toughest time when they were engaged in wars and passed the bills that abolished slavery and he is the best president to rule America. He is a political role model to me as a future political Leader.

Martin Luther king Jr: he was the leader of the Civil Rights Movement in America in 1960’s, who was assassinated because he opposed segregation and racism in U.S.A. and his vision culminated to a Black America in the year 2008 Barack Obama who was elected as the first black person as president of America.

Nelson Mandela: was the leader of A.N.C. in South Africa who never gave up his struggle in order to terminate South Africa apartheid policy, because of his straggle he was imprisoned for 27 years and was finally released. He was later elected as the first African to lead South Africa. For any nation who is determined to actualize their dreams should emulate Mandela “After rainfull comes sunshine”.

Julius Nyerere: was the Tanzania president. who was a selfless and incorruptible visionary leader who stood for self determination, equality and respect for human values. I admire his ideological positions.

Chukwuemeka Odumegwu Ojukwu: was a visionary leader of Igbo people, when they were marginalized and suppressed led them during the Biafran Civil War and was later crowned “EZE IGBO GBURUGBURU”.

Sam Mbakwe: was the first Civilian Governor of Imo State from (1979-1983). As an intellectually inclined Lawyer he laid solid structures and employed visionary ideas for the state to stand, no wonder he is celebrated as a hero.

Bishop Victor Chikwe: who was the pioneer leader of Ahiara Diocese, he was only given 19 parishes when he was appointed a bishop in 1987. He sent most of Ahiara Priests abroad to further their education and he changed Ahiara Diocese to an enviable ecclesiastical ground.

Evangelist Mike Bamiloye: who is the president of Mount Zion Drama Ministry which metamorphoses into drama institute, movie production and TV channels, he accomplished it with patience and perseverance as a visionary Leader.

Donald Trump: who is the current president of United States of America. Whom God used to quench Immoralities: Gay marriage, abortion and other evils in America and he was the first president who made Jerusalem the official Capital of Israel. He applied the “doctrine of “necessity” as a great and conservative leader to build a wall demarcating them from Mexico as a security measure in order to curb future terroristic attacks with his political slogan “MAKE AMERICA GREAT AGAIN” he is my present political role model as a leader.

Ben Carson: was the director of Pediatric Neuro surgery at John Hopkins Medical Institution in Mary Land America. Was the Neurosurgical expert who led the medical team that operated and separated the binder twins.

In Germany and it made him to be popular as World Best Neurosurgeon. We leaders should understand that our problems is our promotion and Ben Carson currently serves since 2017 as the US Secretary of Housing and Urban development. And he is utilizing his leadership potentials towards curing housing problems.

Finally, I will admonish my fellow leaders in various sectors, as I am presently the coordinator of daily strength Devotional family group in my campus to anchor our faith in God; in order to lead the flock entrusted  in our hands in God’s direction.

“A Leader must be creative and produce ideas in order to cure the maladies of his followers. Jesus as a king was able to feed 5,000 multitude of people with two fishes and five loaves of bread”

innonews - August 26, 2017 0
Traders at the ancestral Eke Ukwu Owere market,Owerri have deserted the market after it was bulldozed saturday morning The bloody clash  was said to have...

innonews - April 18, 2022 0
Team Imo on Friday in Abuja took the 6th position in the first edition of the National...