Home Politics Femi Falana Speaks On PDP’s Request To CJN To Step Aside From... 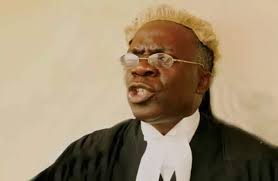 A Senior Advocate of Nigeria, SAN, Femi Falana has opened up on the review application filed by Emeka Ihedioha at the Supreme Court, particularly the request by the PDP that the seven Justices of the apex court should recuse themselves from the case.

The PDP had prior to the hearing of the application on Tuesday wrote to the Chief of Justice of Nigeria, Justice Ibrahim Muhammad to step aside alongside with six others from the matter.

Falana said there are currently 11 Justices of the apex court and if seven of them recuse themselves from the matter, the court would not be able to form a quorum to hear the case.

He said “The PDP has asked CJN Mohammed Tanko as well as Justices Nwah Sylvester Ngwuta, Olukayode Ariwola, Kudirat Kekere-Ekun, Amina Adamu Augie, and Uwani Musa Abba Aji to recuse themselves from the application for the review of the judgement of the court in the Imo governorship case.

Falana recalled an application filed by the late MKO Abiola against nine Justices of the 16 members of the court in 1995.

According to him, nine Justices recused themselves from hearing the case, the appeal for the bail of Abiola was never heard because the Abacha junta refused to reconstitute the court.

innonews - November 28, 2021 0
Governor Hope Uzodimma, has been advised by Media Online Practitioners of Imo State, MOPAN, to “as a matter of urgency and serious...