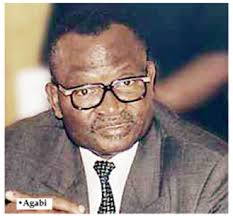 Details surfaced last night why counsel to Emeka Ihedioha sought for time when the latter’s application for review of Supreme Court Judgement of January 14 came up at the apex court on Tuesday.

Ihedioha in his review application is praying the apex court to set aside it’s January 14, 2020 judgement that removed him from office and declared Hope Uzodinma as duly elected Governor of the State.

Source told this newspaper that Ihedioha’s lead counsel on the matter, Kanu Agabi, a former Minister of Justice and Attorney General of the Federation had asked for time on the grounds that Uzodinma’s legal team’s response was served on Ihedioha’s team on Monday February 17, 2020, 24 hours to the hearing of the review application at the apex court

” The proper thing to do at that time is to ask for an adjournment. Ihedioha’s legal team asked for a week but the Chief Justice granted him almost two weeks.

“In such circumstances,the request for time is appropriate to enable the team to study the response and continue on the adjourned date.

” This is exactly the truth of the matter.Any other reason being bandied about in the social media is false. The insinuation that Ihedioha and his legal team were not ready is absolute nonsense and baseless” said the source who spoke on condition of anonymity.

innonews - May 18, 2020 0
A watchdog group in Imo State, the Imo Awareness Coalition, IAC, has called on Governor Hope Uzodinma, not to accept the recommendation of...

FG: No License For 5G Network In Nigeria

innonews - April 4, 2020 0
BY: RALPH EJIMKONYE The Federal Government says it has not delibrated on or release any bulk fequency for the...

innonews - September 18, 2017 0
More buildings will go down in Owerri, Imo State capital as the state government moves on derociously with its urban renewal programme in the...