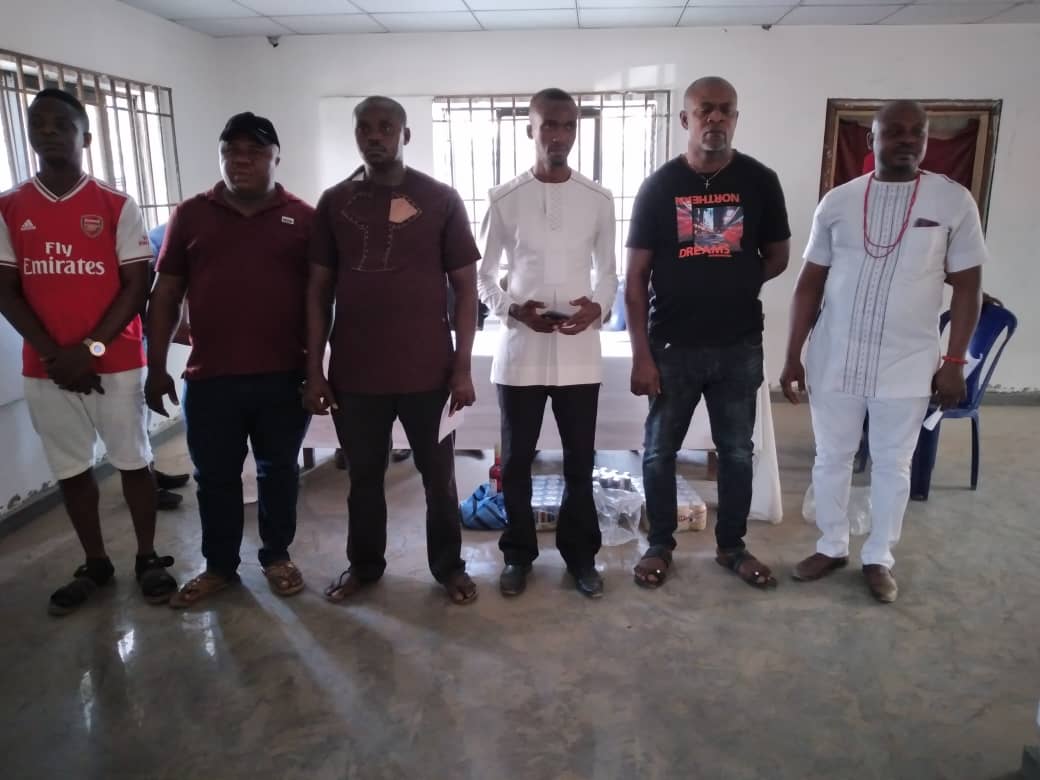 By Evangeline Opara
The Imo Chapter of Master Bakers and Caterers Association of Nigeria has elected new executive members to man the affairs of the association for the next three years.

Mr Osmond Nkeoma of Good Hope Bakery beat his rival, Mr Victor Nwokoro of Fresh Bake Bakery, to emerge as the chairman of the association.

Mr Chukwudi Ihebuzor of Freedom Bakery was elected the vice- chairman, while Mr Alozie Chukwudi was unopposed as the secretary.

Other members are Mrs Nora Mgbadobi of The Lord is Good Bakery as Treasurer, Mr Nnaemeka Eze of Nicelove Bakery as Assistant Secretary, while the PRO/Provost went to Mr Ferdinald Onyeahalam of Candid Bakery.

Mr Obilor Chukwuebuka of Rollis Bakery was elected as his assistant.

In his aceptance speech, the Chairmam, Nkeoma commended members of the association for finding them worthy to serve.

He described the election as a privilege and an opportunity to serve the group and humanity, saying his agenda and vision would take the group to greater height.

“We will build a vibrant and united association. We are not here to embezzle your money or make things difficult for the group, all we ask is for your support and cooperation,” he said.
Nkeoma promised to use his position as an executive member of Ohaneze Ndigbo Youth Group Worldwide to improve the welfare of the members.

He also promised to build a synergy between government agencies and the association for proper payment of dues, rates and accountability as well as a befitting permanent secretariat for the association in the state.

The chairman said they would also support the government of Sen. Hope Uzodinma and contribute in the development of the state.

Chief Cajethan Nwanebo of Chibez Bakery, the Patron of the Association, and Sir Hilary Eze of Hilas Bakery, South East Zonal Chairman of Master Bakers, charged the newly elected executive members to be of good behaviour and not to joke with the union’s mandate and business of bread making.

They thanked the executive members for accepting to serve the union and urged them to ensure they got a land for the union for a secretariat.

They also advised them to be upright in their leadership and guide against embezzling the union’s money, but rule with fear of God.

Earlier, the Electoral Committee Chairman, Sir Harrison Egwuagu of Harrison Bakery, said the election was free and fair and was conducted under a peaceful atmosphere.

He said that most of the executive members emmerged unopposed, an indication that members of the union wanted them there and urged them not to disappoint the members and people of Imo state.

Is Nigeria A Broken Vehicle That Is Beyond Repair?.Prof NNAMDI OBIARERI