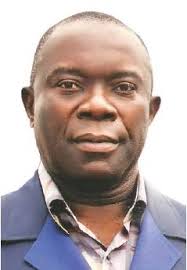 Billionaire businessman Chief Tony Chukwu has been commended for hosting the meeting of Okigwe stakeholders at his country home –Umueze I in Ehime Mbano LGA of Imo State, on Sunday.

The meeting had members of the Okigwe Elders Forum, Political Leaders, Academia, Heads of religious organizations, Youths and women leaders in attendance.

Commending Chukwu, cross-section of the attendees described the meeting as one worthy of commendation.

According to them, bringing over 2000 leaders including over 50 traditional rulers, primate of Methodist Church, His Eminence, Dr. Samuel Chukwuemeka Kanu Uche, under one roof to discuss the future of Okigwe Zone, is worthy of commendation.

The meeting was put together by Okigwe Zone Elders forum headed by HRH Eze Oliver Ohanwe.

Speaking at the meeting, Chief Tony Chukwu said without mincing words that Okigwe Zone leaders had made mistakes in the past, adding that for the zone to move forward, the leaders must forget personal interest and work for betterment of Okigwe Zone.

He noted that time has come for promising young Okigwe sons and daughters to be given chance to move the zone forward.

Chukwu maintained that “the choice of who will replace their late brother Senator Benjamin Uwajumogu would be a collective decision of Ndi-Okigwe Zone, that no one individual will decide.”

He added that gone are the days when one individual will dictate for Okigwe Zone who will go and represent them at the National Assembly, stressing that himself, Senator Ifeanyi Araraume, Ikedi Ohakim on their own cannot decide for Okigwe Zone.

Others who spoke include Chief Longers Anyanwu, former Commissioner for Agriculture in Imo State.

Anyanwu in his submission, called on the billionaires and highly influential personalities from the Mbano axis (Ehime Mbano and Isiala Mbano LGAs) to bury their political differences for the betterment of Okigwe Zone.

Anyanwu noted that the disagreement of these influential Mbano brothers and leaders had caused Okigwe Zone great fortune in terms of socio economic and infrastructural development.

He said for the zone to move forward, all the leaders must come together and unite for the overall interest of the zone.