The ancient city of Ogwa Anunu Umu Mgbe in Mbaitoli Council Area of Imo State will witness an unprecedented traffic, this Friday as arrangements have been advanced to bury, one of their illustrious sons Chief Sunday Chukwuemeka Olumba (Omereoha) in his ancestral compound of Oburo Umuokparanyanwu.

Olumba who died at the age of 98 years with an indigenous chieftaincy title of Omereoha which was synonymous with his life style as a man of charity and philanthropist.

Being a Senior citizen who retired as public health officer, a job that took him to all the nooks and crannies of the Eastern region and as a man of the people, he believed so much that the best services ever rendered in life is that rendered to humanity. As a socialist and a man of implicit truth and social justice, he built litany of friendship within and across the Niger.

Thus, even though he died after extra 28 years of God’s biblical endorsement of man’s life to 70 his family, friends, in laws, associates and well-wishers are still aggrieved over his death even though some of them says they were being consoled because the deceased lived a good life and was a role model to many.

Since the announcement of his burial date and arrangement by the immediate family a lot of tributes and condolences have been received by the family from distinguished Nigerians who while alive have one thing or the other with him.

For instance, Mr. Everest Ezihe, a Media Consultant and a good friend of the deceased said “Omereoha was a man of destiny and vision. An alumnus of Denis Memorial Grammar School (DMGS), Onitsha and College of Public Health Technology, Aba. He was an embodiment of knowledge, neatness, discipline and humane. I dearly missed him but God knows the best as he created and he taketh away” he noted.

While the daughter Udoka described her late father as “An epitome of love. Dee Sunday as popularly called by admirers was a man passionate with things of God, thus it is a historical truth that in 1952, he single handedly brought Anglican Church to Oburo Ogwa which is today known as St Andrew’s Anglican Church, Oburo Umuokparanyanwu and as a patriotic community leader, he served his people in various capacities and contributed immensely in the growth, peace, progress and development of Oburo Ogwa and Ogwa Anunu Umu Mgbe ancient clan in general as their beckon of hope. Thus why, his in-law and the traditional ruler of Ishi Ogwa, HRH Eze Barr. E.D.N Uwandu never hesitated in conferring him the Chieftaincy title of Omereoha I of Ishi Ogwa ancient Kingdom” she informed.

According to the family, his funeral service will be at the Anglican Church he brought by 10 am while interment takes place immediately after the church service at his ancestral compound 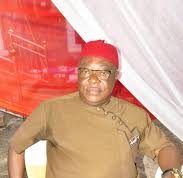 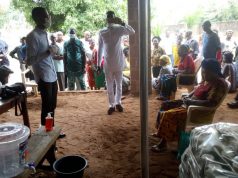 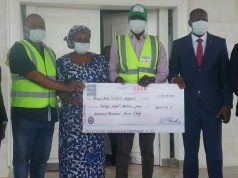 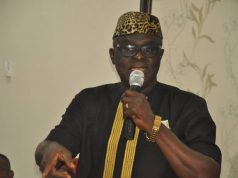 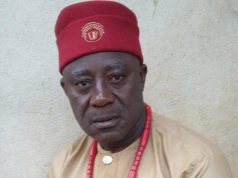 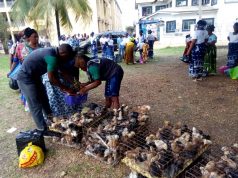 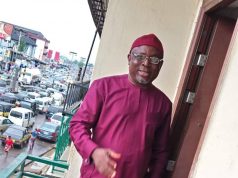