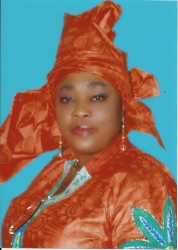 Some Stakeholders of the All Progressive Congress , APC in Owerri West Local Government Area of Imo State have lambasted a former Commissioner in Imo State, Mrs.Ugochi Nnanna Okoro for her uncomplimentary remarks on the Apex Leader of the party in the area, Chief Gibson Njemanze (Oyiga)

Mrs Okoro was quoted by an Owerri based local tabloid to have said that Oyiga is not a member of the APC.

The Stakeholders condenmed Mrs Okoro’s comments describing it as her usual rantings, a reflection of her canterkerous nature and desperation to reap where she did not sow.

He wondered why Ugochi Nnanna Okoro should speak ill against the apex leader of the APC in Owerri West, Oyiga when she is still a card carrying member of the Action Alliance, AA and has not officially returned to the APC since she has not registered at the Ward.

“He hosted APC rallies including the one at Emeabiam attended by the Deputy Governor, Prof Placid Njoku, and wife of the Governor of Ondo State, Mrs Betty Akeredolu who is an indigene of Emeabiam.He was uniamously adopted as our Apex leader for sustaining our party even when the likes of Ugochi Nnanna Okoro left the APC for AA

Another group, Owerri West APC Concerned Members took Mrs Ugochi Nnanna Okoro to the cleaners, wondering what gave her the temerity to insult Oyiga, their Apex leader in Owerri West.

Leader of the group, Christian Ezeh, demanded an apology from Mrs Ugochi Nnanna Okoro for her ungaurded statement against the leader of the APC in Owerri West.

He said “She must apologize to our Apex leader, Oyiga.

“What is her business in APC when she is still in AA at the moment. To the best of our knowledge, she has not registered at the Ward level. Based on this fact,she is not a member of APC. Infact she should remain in AA because we do not need her in Owerri West APC

“She is attacking our Apex leader because Oyiga is carrying out the directive of the National Working Committee, NWC, which insists that those who left the party and want to return must first register at the wards.

‘Ugochi Nnanna Okoro should go and register in her ward if she will be taken serious as an APC member. Failure to do that means she is not our member.

“During the elections, she worked against the APC and Hope Uzodinma.She was a staunch supporter of Uche Nwosu whobwas the governorship candidate of AA.

The group noted that Mrs. Ugochi Nnanna Okoro has always stood against the progress and development of Owerri West.

“When she was a Commissioner in Okorocha’s administration and hobnobbing with Uche Nwosu, what did she really do for Owerri West. She obstructed the construction of the Ihiagwa- Eziobodo-Emeabiam road.

“From Eziobodo- Emeabiam axis of that road remain uncompleted because she scuttled it because she felt Oyiga and Mrs.Betty Akeredolu, the First Lady of Ondo State and a native of Emeabiam were taking the glory and accolades for that road.

“She is unprogressive and likes to reap where she did not sow. She should turn a new leaf” he concluded