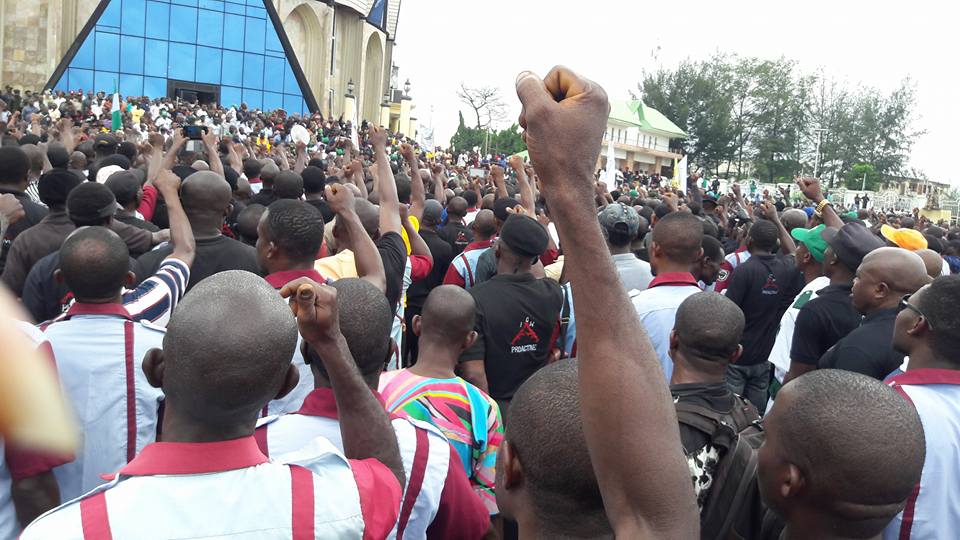 The Imo State Police Command has said it has uncovered plans by some hoodlums who are planning to hide under protests/rallies as witnessed in the last few weeks to cause mayhem in the State.

A statement signed by Ikeokwu Godson Orlando,Police Public Relations Officer for the State Commissioner of Police titled “Ban On Protests/Rallies In Relation To The Supreme Court Judgement of 14th January 2020” reads:

• It has come to the notice of the Imo State Police Command that some hoodlums are planning to hide under the protests/rallies as witnessed in the last few weeks to cause mayhem in the state. In view of the above therefore, the command wish to inform the general public that all protests/rallies of any kind is hereby banned forthwith especially as affects the Supreme Court ruling of 14th January 2020.
• Also, it is important to note that since the Supreme Court has acknowledged an application for the review of the judgment and as such fixed a date for the review, thus rendering the matter subjudice. It is therefore pertinent that both parties should remain calm pending the outcome of the review.

• Furthermore, the command wishes to commend all the groups for the peaceful manner they conducted their protests in the past few weeks, but wish to advice all the groups to stop any further protests/rallies, either in support or against the said supreme court judgment. This is to ensure that such protest is not hijacked and used to cause chaos, anarchy or breach of the Public peace.

• To this end members of the public are advised to go about their lawful business as the command is still in the business of protecting the lives and properties of all and sundry. The Imo State, command’s loyalty and resolve to ensure a peaceful Imo State remains total please.