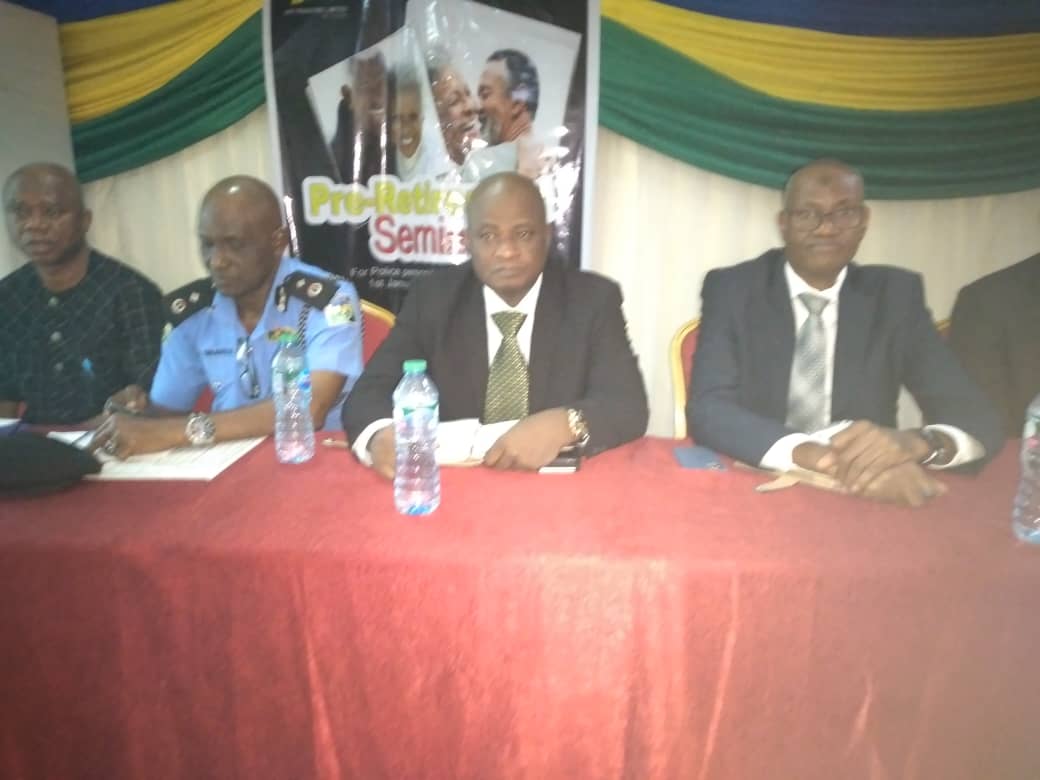 The Nigeria Police Force (NPF) Pensions Ltd has set aside N400 million annually to cushion the effects of delayed payment of pension benefits to police retires.

Suleiman said this in Owerri at a one-day pre-retirement seminar for police officers in the South East due for retirement next year.

He said that the seminar was to educate and enlighten the officers retiring in 2020 on their rights and obligations and necessary preparations for smooth payment of their retirement benefits.

Suleiman said that retirement should not be seen as an act of banishment, but a season of life that should be embraced with gladness and gratitude to God for being alive to witness it.

He said that about 33 officers in the south east were due for retirement next year and advised that retirement time called for adequate preparations in terms of necesaary documentation of papers.

“Retirees should ensure their documentations are right and wait for their accrued rights of payment from the Federal Government after which their money would be paid.

“They are also advised to involve the Pension Desk Officers of their respective states for proper advice on how to go about the documentation,” he said.

The News Agency of Nigeria gathered that the delay in the payment of the accrued rights by the Federal Government was responsible for the delay in payment of pension benefits to recent police retirees.

The Commissioner of Police (Pensions), Ibrahim Taffa, said that the Inspector General of Police was working toward ensuring that the police pension benefits were improved.

He said that the request for approval of special gratuity for retired officers at the rate of 300 per cent of their annaual gross salary upon retirement was being processed and for which the IGP had sent a letter to President Muhammadu Buhari.

He said the police was also asking for separate budgeting and remittance of accrued rights for police officers as grouping the police with other MDAs was cumbersome.

Abdul Gezawa, the Executive Director Operations, NPF Pensions Ltd., explianed that the seminar was to sensitise pensioners on what the administrator was doing about their pension benefits.

He highlighted the importance of the Contributory Pension Scheme (CPS), which he said, had not recorded any fraud since inception, while its structure had delineated functions for PFAs and PFCs.

He said CPS was also well regulated by the National Pension Commission (Pencom).

Gezawa said that the NPF Pensions Limited which has no other client aside the police, had recieved a total of N230.90 billion as transfers from PFAs for 255, 594 contributors with an accrued rights of N58.202 billion in which N47.595 billion had been paid to 14,780 retirees.

He said the company had also paid the sum of N1.179 billion as retiree support to 9,463 retirees.

Gezawa identified some of the challenges to include inability of the scheme to allow upward review of the monthly pension paid to a retirees vis-a-viz living index or inflation, and inadequate provision for the widows and children of police officers while on duty.

Others are limited access to contributed funds retirements( low sum) and undue delays in the remittance of police retirees accrued rights saying that the concerns are being gradually handled.

Gezawa said that the RSA holders were required to update their information through the on-going compulsory Data Recapturing Exercise (DRE) aimed at harmonising records with the National Identity Management Commission (NIMC) and resolving issues of mutiple registration (PINs) which often delayed payments upon retirement.

One of the beneficiaries, Mr Edwin Mba, from Enugu State who is retiring as an Inspector of Police, commended the force for the programme, which he said, had further enlightened them on what to expect and things to do to get their benefits.