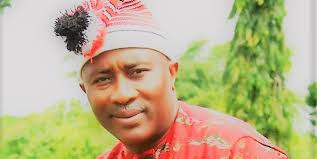 Onyeagocha had been accused of causing public disturbance and breaching peace in the State by organizing protests calling for the reinstatement of Emeka Ihedioha as Governor of Imo State.

The Supreme Court had sacked Ihedioha as Imo Governor and declared Senator Hope Uzodinma of the All Progressive Congress, APC as duly elected Governor on January 14,2020.

Addressing newsmen in Owerri, he boasted that no one can arrest him stating that his actions are within the ambit of the law.

It would be recalled that a group, the Imo Democracy Alliance (IDA) had called for the arrest of Uche Onyeagocha for organizing protests in the State in the last few weeks

He said “who are they calling to arrest, is it the Commissioner of Police, Inspector-General of Police (IGP) or the DSS, people who agreed with us on the process for the protest and who actually mobilised their men on the street to guide us?

They are talking out of ignorance; but I dare this administration to arrest me; they dare not,” Onyeagucha said.

He continued: “I heard they are looking for opening circumstances against me. I challenge them to arrest me. That is why since after the judgement I have been available in Owerri, I have not moved an inch, I am waiting for them to put their handcuffs so that I can be brought to the court and justice in this matter will be administered. There will be many more protests against this government,” he vowed.