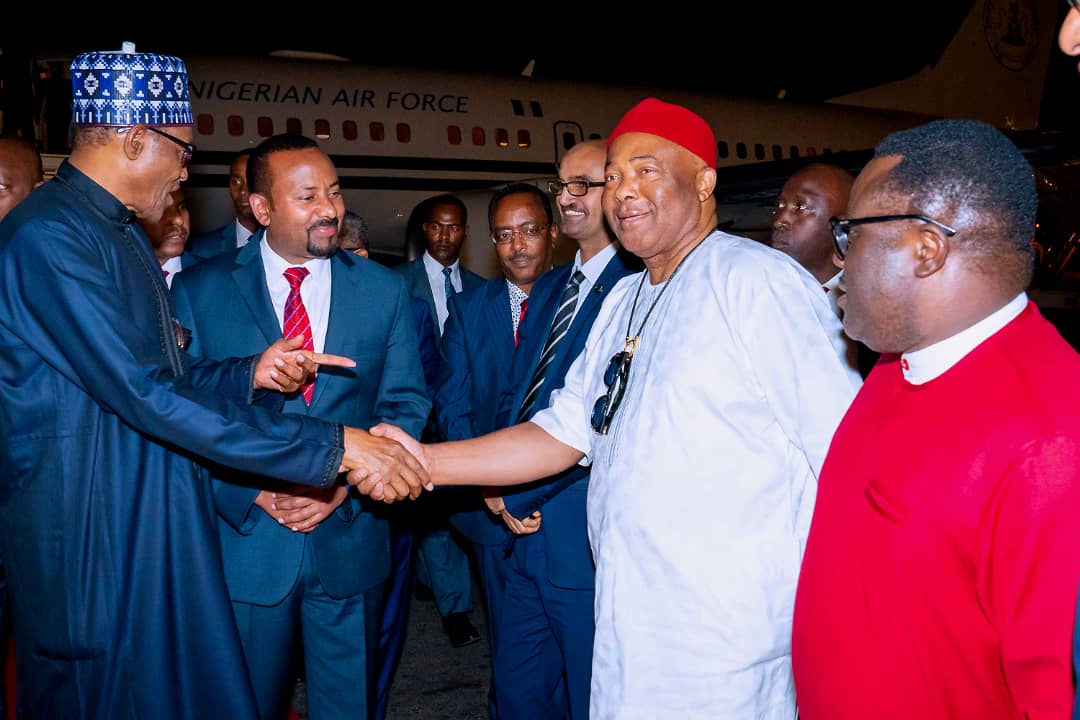 Loyalists and supporters of Imo State Governor, Senator Hope Uzodinma are waiting with bated breadth his list of appointees.

This newspaper learnt that some of the Governor’s loyalists are wondering why after three weeks, the Supreme Court sacked Emeka Ihedioha as Governor and declared Uzodinma duly elected Governor of the State,, he is yet to ” settle” some of his loyalists with appointments thus far.

Two weeks ago, the Imo State House of Assembly approved for the Governor the appointment of 12 Special Advisers.

Since then, no appointments have been made.

Uzodinma had on assumption of office appointed key aides which constitute his kitchen cabinet. They are Secretary to the State Government, Chief Of Staff, Commissioner of Justice/Attorney General and Chief Press Secretary.

Last week, the Governor gifted Permanent Secretaries of ministries in the State with cars.

No reason has been given for the delay by the Governor to make some appointments, but this newspaper learnt Uzodinma will unveil his Special Advisers after his return from Africa Union Summit, AU, holding in Adis Ababa, Ethiopia where he is part of Federal Government delegation led by President Muhammadu Buhari to the Summit.

It was observed that followers of the Governor in his CAMP HOPE political organization remain upbeat that they will be considered for appointments ahead of other groups and blocs within and outside the APC in the State.

Former Imo State Governor, Rochas Okorocha had begged Uzodinma to acomodate his ” boys” in his administration.

Local Government Chairmen elected during Okorocha’s had appealed to Governor Uzodinma to reinstate them. He never did.

” We remain hopeful. Three weeks after his swearing in, it would be difficult to make full blown appointments considering the distractions at hand.

” It is not all about using appointments as a tool for political patronage. The best brains will come on board to achieve the Governor to realize the aims and objectives of this administration” he declared

innonews - August 27, 2018 0
The Igbo Union in Finland, the umbrella body of all the Igbo speaking people of Nigeria resident in Finland celebrated their annual new yam...

innonews - June 12, 2017 0
Some aggrieved leaders of the All Progressive Congress, APC in Imo State are regrouping in Abuja to appraise their opposition to the policies of...