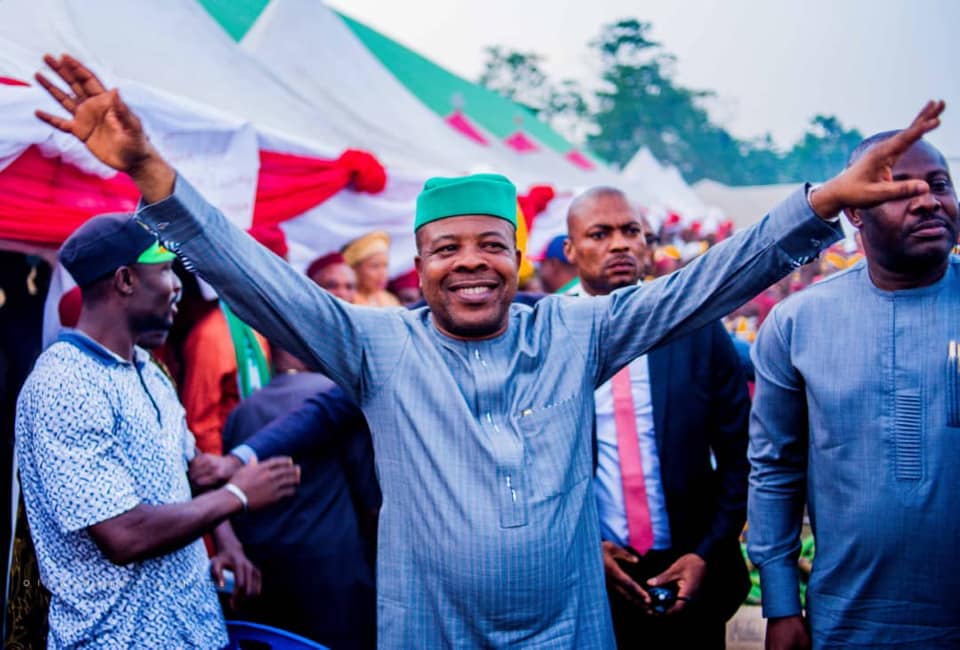 The return of former Governor of Imo State, Hon Emeka Ihedioha, to the state scheduled today, has revived the rivalry between the Peoples Democratic Party, PDP and the All Progressive Congress, APC in the State.

APC State Chairman, Marcellinus Nlemigbo, had accused the PDP in the state of planning to use the return of the former Governor to destabilize the State.

But the the PDP in a statement signed by its Secretary, Ray Emeana accused the APC of planning to hire hoodlums “with a view to infiltrating the planned peaceful reception of our leader to foment trouble and blame it on our party”.

The PDP said it is only planning to receive its leader who is returning to the state to take part in ward congresses scheduled to hold on Saturday, March 14th, 2020.

The Imo State Police Command, however waded into the matter, saying it is aware that “some group of persons have concluded plans to use the intending return/visit of Rt Hon Emeka Ihedioha to Imo State on Thursday, 12th March, 2020 to forment trouble and as such cause breach of public peace in the state”.

The Police in a statement signed by SP Ikeokwu Orlando, Police Public Relations Officer for the State Commissioner of Police, warned against rally, gathering or assembly of any kind in relation to the visit

“ This is to avoid such being hijacked or used by mischief makers to cause chaos or such rallies, gathering or assembly snowballing into breach of peace.