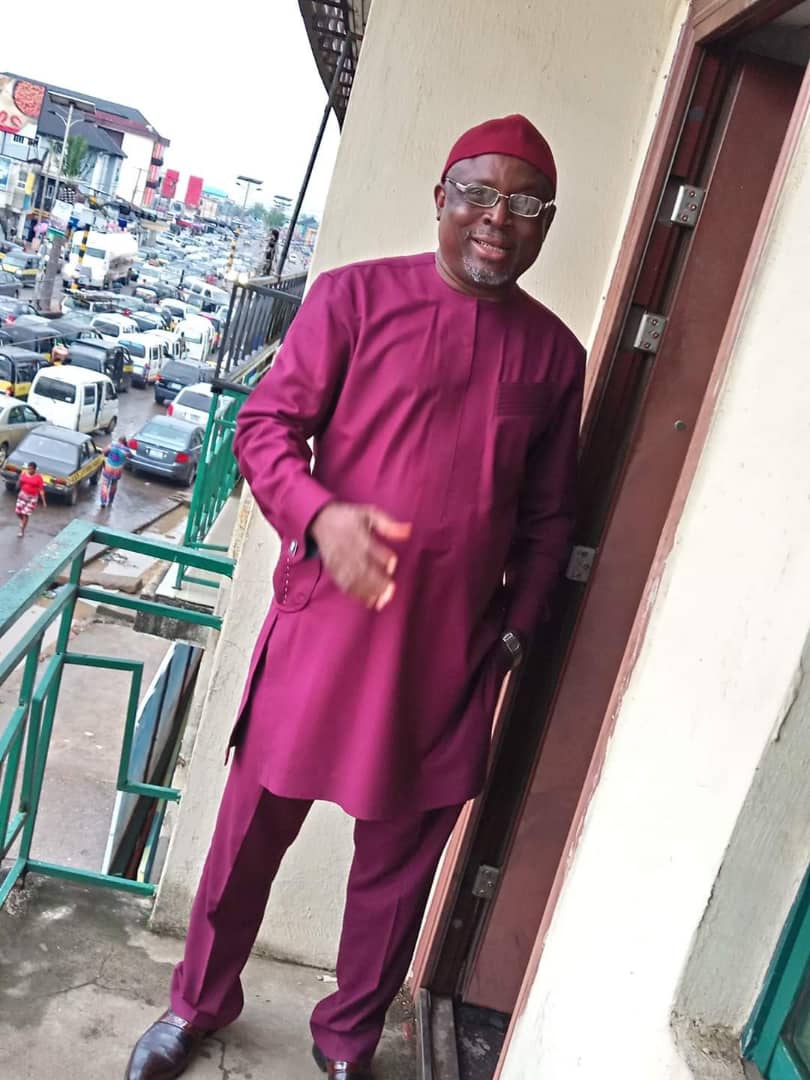 Our dear country Nigeria is blessed with both human and material resources. Imo as one of the states in the country is not left out in these blessings .lmo state can boast of resourceful men and women of integrity who have carved a niche for themselves in their different fields of endeavour.

ESV Chief Sam Anokam is one of such best brains that we have in the State. Chief Anokam is an Ihiagwa born administrator and one of lmo’s finest, He is an entrepreneur per excellence, a philanthropist,and a socialite, He is a Knight of St Christopher.

He is an Owerri based private Consultant, Estate Surveyor and Valuer,Fellow of the Nigerian Institution of Estate Surveyors and Valuers, He was a one time Part Time lecturer and the former Chairman of lmo Water Development Authority (IWADA) .He is happily married

In this interview, the soft spoken politician with a difference dwelt on the importance of the executive arm of the government, the need for astute and well lettered people to come on board as members of the executive in order to move lmo state to an enviable height.

There is no gain saying the fact that His Excellence, distinguished Senator Hope Uzodinma ” s Victory at the supreme court is divine,again it is not out of place to say that the reaffirmation of his mandate was also God’s handiwork,” . The holy bible says when a man’s way pleases the lord ,he makes even his enemies to be at peace with him” Let me tell you whether we like it or not,God chooses leaders for his people and it could come in any form ,but in most cases,It comes in such a way that we will know that this is divinity at work .Hence ,we can only ascribe all the glory and honour to God .

I strongly believe he is occupying this seat of power in a time like this so as to calm fray nerves,heal the wounds inflicted on the people of lmo state during the locust years,of his predecessor, governor Okrocha”s administration.

Q;What Calibre Of Peoples Do You Think Should Constitute Governor Uzodinma’s Cabinet.

ANS: The governor of lmo state is a very dynamic leader whose interest is to transform the state .l reiterate , the governor should run an all inclusive government ,bringing everybody on board not minding party affiliations so as to have a formidable team.But l know as it is usual with politics, now that litigations are over ,naturally political big wigs in the state will start jostling here and there for appointments for their cronies and supporters. The governor should undermine that and have a deep reflection in the choice of who he brings on board ;as a member of his cabinet to move lmo forward.
Imo is on a new frontier, the days of political slot sharing with/to the political elites are gone..
His predecessor,Okrocha, took charge and appointed his own cronies,non of the political leaders in lmo state was considered relevant and given slots. Unfortunately, his appointees were more of errand boys while he presided over their meetings as an emperor because he believed they had nothing to offer.

As a mam of impeccable character and a serial achiever,whose proven tract record is unbeatable,l know governor Hope’s administration will be different based on his proposed policy objective of shared prosperity encapsulated in his three Rs_Reconstruction,Rehabilitation and Recovery.
So lmo people are expecting star studded cabinet of acknowledged technocrats and professionals who are going to carry out the governor s vision,propose ideas and programs that would transform the state .lmo people are earnestly expecting a lot from the present administration, given the governor’s acceptance in all the zones in the state and his far reaching relationship with the leadership of these zones, that he will obviously do his best to meet the needs and aspirations of lmo people. Of course ,our present governor is easily asses sable as a man of the people that he is.

POLITICAL APPOINTMENT IS USED AS A SORT OF COMPENSATION IN OUR CLIME?

No,any administration that wants to succeed must as a matter of necessity be mindful of those to be appointed into various positions .l must appreciate the governor for the appointments he has made so far;round pegs in round holes .All the appointees are men and women of substance who have carved a niche for themselves in their different fields of endeavour. Governance in a democratic dispensation is quite engaging because of that ,you require an executive that is capable of working with little or no supervision to enable the governor concentrate on other pressing issues. You know the governor is still a human being who can only be at a place at a particular time .In fact ,as it stands now the governor has a lot of work to do in lmo state. He does not need any form of distractions from other areas .As it stands now,it in no longer news that lmo APC as the ruling party is not in good shape , the governor needs to rebuild the party,for it to become the envy of other parties and ensure that it will continue to be a winning party. Though some people may say it is too early to talk about 2023 elections but the time to get it right is now. Rebuilding the party to a united and formidable one with large followership devoid of warring factions which we believe will win the 2023 elections and many more to come.

ANS;The governor is a good sports man and in the spirit of sportsmanship extended his hands of fellowship to Rt Hon Emeka Ihedioha,.For me the governor has done noble in this regard. The opposition should see Governor Hope’s victory as victory for all, hence they should not hesitate in joining him if the objective of their joining in the governorship race ab nitio was to transform lmo except they had selfish agenda .l am cork sure ,senator Hope is ready to embrace them with open arms.

Q: What is your advice to Imo people now that the assumed siege is over

Like l said at the beginning of this interview, it is now glaring even to the blind that the most distinguished Senator Hope Odidika Uzodinma is the substantive governor of lmo state,and nothing/nobody can change that .Our duty as stakeholders in this collective lmo project is to support him and continuously pray for him to land us safely .People should eschew sectionalism and bitterness over the supreme court matter/Verdict .Now that it is all over,all the opposing forces should sheath their swords and come together to form a common front and establish a stronger relationship.

This is the way of civilised society. As a matter of urgency ,Rt Hon Emeka Ihedioha should congratulate governor Uzodinma who in his magnanimity appreciated and continued his landmark projects of over 7months ,which he could have abandoned to erase his name in the history of the development of the state.

innonews - January 12, 2018 0
Some defectors to the All Progressive Grand Alliance, APGA in Imo State may be stranded in realizing their  political ambitions as the party structure...

There Will Be Bandwagon Voting In South East- ASRG Reveals Outcome...

innonews - August 4, 2022 0
BY ADANNA OBI There will be ‘bandwagon voting’ in the South East region in the 2023 general elections.