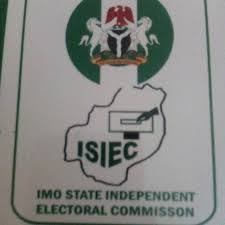 Elected local government Chairmen and councillors during the reign of former Governor Rochas Okorocha may have their hopes of returning to the Councils dashed, as Governor Hope Uzodinma, is set to reposition the Imo State Electoral Commission, ISIEC, to hold fresh polls.

ISIEC is the stautory body responsible for holding local government elections in the State.

Governor Uzodinma had on assumption of office promised to conduct Local Government elections as soon as possible.

And to showcase his seriousness to hold the polls, he has sent in list of nominees for ISIEC, to the State Assembly.

The Speaker of the House, Chiji Collins, on Tuesday during plenary read a letter from the Governor, urging lawmakers to approve the appointment of a Chairman and members of ISIEC.

According to the letter read by the Speaker, Governor Uzodinma nominated Mrs.Pauline Onyeka as Chairman. Nominees as members include Henry Adimelechi, Ezeukwu, Mrs.Jacinta Uchechukwu and John Ohiri.

The Speaker named Hon.Arthur Egwim as Chairman of the House Screening Commitee to screen the Governor’s nominees.

Analysts contend that with a reconstituted ISIEC in the offing, the sacked elected Council Chairmen are in now dilemma over this developmemt.

They had sought for their reinstatement and their hopes increased, when the Supreme Court sacked Emeka Ihedioha of the PDP and replaced him with Senator Hope Uzodinma of the APC.

Such hopes seems have gone up in smoke with the present development.

Analysts contend that it’s is either they forgo their crusade to be returned to office or participate in the new process of electing Council Chairmen.

The Council bosses were sacked by former Governor Emeka Ihedioha who acted on a resolution passed by the State House of Assembly. The Chairmen went to court to challenge their sack.

In January 2020, they had stormed the Council headquarters in the 27 LGAs in a bid to forcefully to take over the local governments, a move that failed as they were resisted by Interim Management Commitee Chairmen and members appointed by Ihedioha.