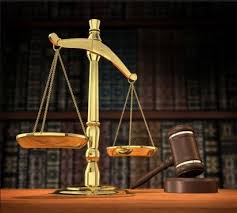 The race for a new Chief Judge for Imo State has begun with Stakeholders wading off politicians from influencing the process.

It was gathered that in the past, most senior Judges who should emerge as Chief Judge of the State are sidelined, sources say

Such scenario is likey to change this time around as some stakeholders, particularly those in the bar are pushing for restoration of the rules applied in appointing the State Chief judge.

The Nigeria Bar Association Owerri Branch is insisting that the most senior Chief judge be considered for the position.

The Branch met at the weekend where it’s Chairman was mandated to communicate to the appropriate quarters their stand with delay.

“And with the retirement of the current Chief Judge, Hon.Justice Paschal Nnadi, there are indications that some persons are now working against the age long tradition of appointing new Imo Chief Judge based on seniority

This practice was said to be prevalent during past administrations in the State.

He continued “the traditon was however restored during the reign of Ikedi Ohakim but continued in the successive administration. This term we want the proper thing to be done which is to allow the most senior judge to emerge the State Chief Judge.

innonews - October 18, 2020 0
Governor Hope Uzodinma has been commended by some youths in Owerri municipal for appointing an ilustrious son of Owere Nchi Ise, Prince...