Home Viewpoint Whose Report Do We Believe? By RICHARD DIRIM ODU 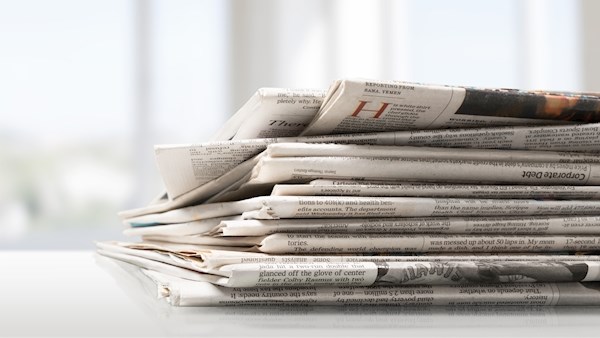 Time was when, if it was published in the newspaper, radio or television, it was authentic.  Anyone who got a piece of information from these traditional media, especially a news item, could take it to the bank, or even bet on it.  The usual parlance among newsmen and their trainers was, “News is sacred, opinion is free.” They also told themselves, “When in doubt, leave out.”

These age long axioms came very frequently to the mind of a professional journalist as he continued his daily routine of informing, educating and entertaining the public.  With that in mind, he recognized the dire need for precision in reporting news, aware that any false information put across has the potentials to begin a conflagration of immeasurable dimensions in the society.  In keeping with his surveillance role in the society, he also saw a reason to do his job responsibly and not to cry wolf when there was none.

Today, a new dimension has been introduced into the business of news and a lot has changed. The advent of social media, which followed the invention of the Internet as an intricate global system that stores information as well as helps in its retrieval and dissemination, resulted in an exponential rise in the number of untrained media men who have now ventured into reporting news, solicited or unsolicited.

This class of makeshift reporters has come to be known as citizen journalists.  Armed with their smart phones, tablets, ipads and laptops, they stop by at any event, record videos and audios and begin to stream whatever they gathered into the Internet through the various websites available to them.

The awesome flexibility of the Internet, which is print and broadcast media rolled into one, makes it possible for such information to go viral as they are copied and circulated among social media users.

In as much as they play a significant role in the media by bringing to public knowledge all that may have escaped the notice of professional reporters, they are also known to have introduced some dangerous elements into the system whereby the world can now talk about the phenomenon termed “fake news.” In other words, news is now distorted, deliberately or inadvertently, making the news consumer confused as to whose report to believe.

An instance is the picture of a child, who was raped, and her father which a blogger, sometime, captured and published in his website. The blogger, in his caption, indicated that the man in the picture with the girl was the rapist instead of her father.  According to reports, that man who actually was the girl’s father was sacked by his employer who came across the news in the Internet.  Thus, the poor man became a victim of multiple calamities.

Some time ago, a picture of an aged and ailing Cameroonian billionaire businessman being propped in or out of an event was circulated in Facebook and WhatsApp. The accompanying caption referred to the man in the picture as Paul Biya, the president of Cameroon and castigated him for remaining in power despite being incapacitated. The man turned out not to be Biya.

There have been cases where a video clip obtained from one location is circulated as having been recorded in another, or a news item is formulated and posted to the social media as breaking news, thus misleading hapless consumers of the information. It is now a riddle discerning whether the news was actually breaking or that the writers were breaking the news.

Granted that citizen journalism as well as the ubiquity of the social media has offered the people a wide range of platforms to freely voice out their views and discontent in politics, the new phenomenon has also raised serious concerns in the dimension where it allows misinformation.  In view of the Arab Spring, where fatal socio-political upheavals occurred in a rather secretive Arab world due to activities in the Internet, many people world over, Nigerians inclusive, are considering the danger inherent in an unbridled social interaction in the cyber space.

For this reason, attempts are being made to legislate on the issue with a view to enacting laws that prohibit fake news. Need we blame the purveyors of fake news and propaganda in a society where its leaders have built a seemingly insurmountable culture of lying and falsehood? The culture has regrettably permeated the various arms of government, namely the executive, the legislature and even the judiciary which was hitherto held as the sacred temple where vulnerable members of the society go to obtain justice. Heroes of integrity are frequently disappointing their admirers with their actions and utterances.

The clergy, which constitute our lords spiritual, are not left out in this debasement. Are we talking about words such as federalism, democracy, restructuring, politics and so on which have assumed new meanings just to suit the powerful men in the society?

Those clamouring for laws, and more laws, to cage fake news suppliers forget that our statute books are already filled up with adequate laws that take care of infractions in news dissemination.  We must not disregard the need for reorientation and attitudinal change in cubing the excessive generation of fake news, otherwise, the nation might end up building skyscrapers of ineffective laws.

Hard core newsmen are advised not to get lost in the conflict of professionalism against quackery in their field of endeavour.  They must maintain the tradition of check and recheck in order to prove themselves capable of adequately informing the people and interpreting the day’s intelligence with an acceptable measure of precision. They must show news consumers that if it was not published in the traditional media, it might not be true.

The practice of painstakingly reading through scripts in search of errors of fact must not be jettisoned in the interest of reaching readers or audience as quickly as possible.  Media men must remember that unlike the doctors that bury their mistakes, the journalists always publish theirs.

“Those clamouring for laws, and more laws, to cage fake news suppliers forget that our statute books are already filled up with adequate laws that take care of infractions in news dissemination.  We must not disregard the need for reorientation and attitudinal change in cubing the excessive generation of fake news, otherwise, the nation might end up building skyscrapers of ineffective laws”

Circulation Of Dangerous Cooking Gas As An Alternate To The Steady Increase In Prices Of Gas, Other Essential Goods

Imo APGA May Bank On Five Guber Aspirants For 2019

innonews - May 17, 2018 1
*BY BEN UGWU* Despite the unprecedented number of governorship aspirants in the All Progressive Grand Alliance,APGA in Imo State, it has been observed that five...

innonews - October 27, 2020 0
There were widespread reports that the chairmen were to be sacked for various reasons Reprieve has come the way...