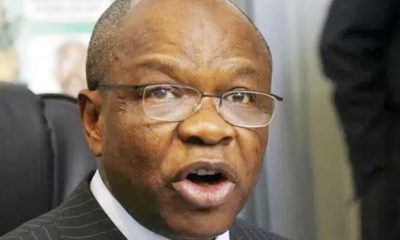 Chairman, Covid 19 Commitee in Imo State, Prof Maurice Iwu, has given an update on measures taken by the Commitee to prevent the virus from getting to the State.

He said Fancy Hotel, which was locked down after some persons were released after testing negative to the virus, will soon be fumigated.

” This is about the second week since we were inaugurated. We have been working everyday. We have been reviewing some of our plans….

“We tested some people and they have tested negative. The Governor has been helpful to us even with the shortest period of time.