Home LEAD STORIES ‘All C Of Os Issued From Okpara To Mbakwe Must Be Re-certifed’... 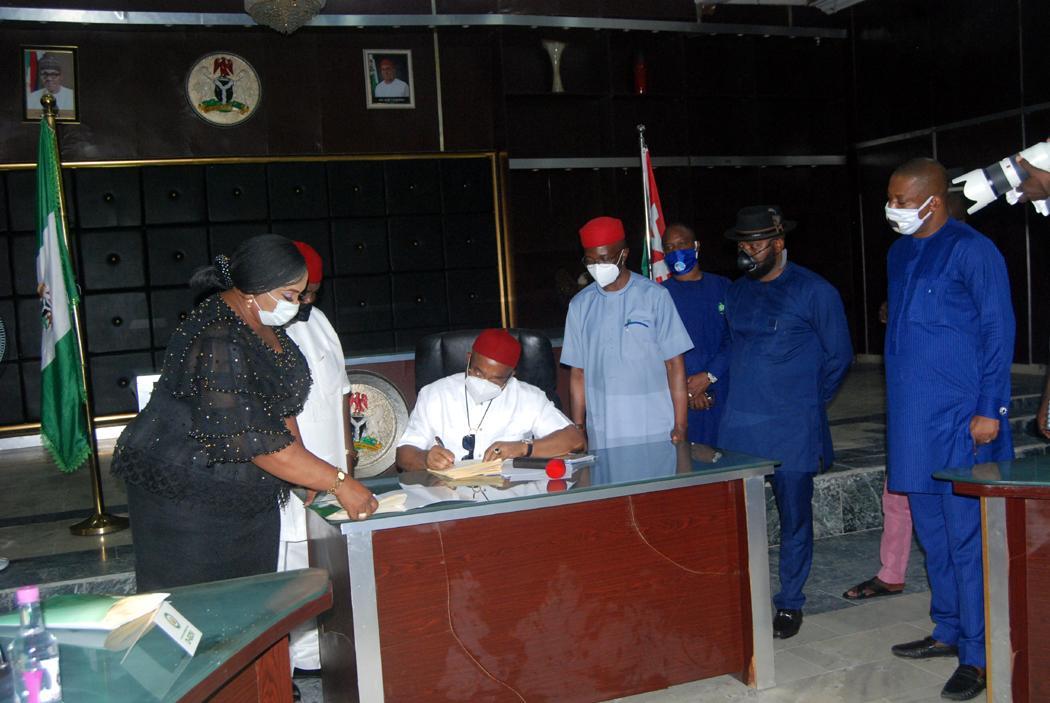 The Imo State governor, Hope Uzodinma has signed into law land use charges, making far reaching changes to land acquisition and occupation in the State.

He also signed the bill to establish the waste management agency

The”land use Charges” law makes it compulsory for re-certification of all Certificates of Occupancy (C of Os) in line with an automation process already in place. The governor said every C of O issued from the days of Okpara and Mbakwe must be recertified, a statement signed by his Chief Press Secretary, Marcel Oguwuike quoted the Governor to have said while signing the two bills into law at Government House, Owerri

The law, according to the statement, is on Consolidation of Property and Land Use Charges and other matters, takes care of whose duty it is to pay land and property charges.

Uzodinma said that the law brings sanity to land acquisition and identification of land owners and  will go a long way to certify those that are legitimate land occupants and illegitimate land grabbers in the state.

The Speaker of Imo State House of Assembly, Rt. Hon. Chiji Collins explained that with the accent of the Governor to the Land Use Charge Bill, the Government has been empowered to re-certify all C of Os issued in the years past.

He noted that lands acquired especially through allocations will equally be received to ascertain their legality. He further stated that with the law in place, the forceful acquisition of people’s lands by those in position of authority without recourse to due process is over.