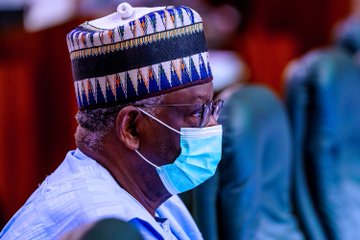 President Muhammadu Buhari has sworn in Professor Ibrahim Agboola Gambari as his new Chief of Staff.

Gambari was sworn in on Wednesday. He succeeds Mallam Abba Kyari who died recently.

Secretary to the Government of the Federation, Mr Boss Mustapha, announced the wearing shortly before the commencement of the virtual Federal Executive Council (FEC) meeting at the presidential villa.

The 76-year-old former United Nations Under-secretary General and former Member of General Affairs was on Tuesday announced as the new Chief of Staff.