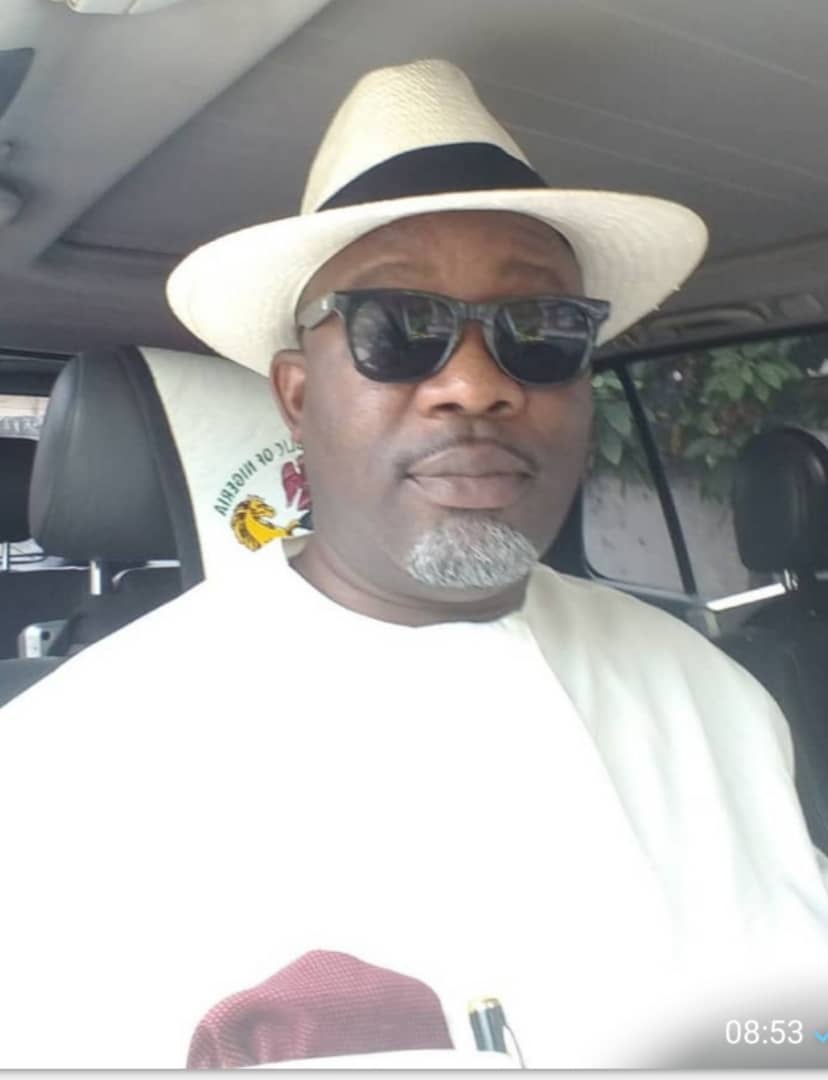 Chief Chuks Ajaelu, is a chieftain of the Peoples Democratic Party, PDP in Imo State. He holds the enviable record of not decamping from the PDP to any other political party since 1999.

The British born Nigerian who hails from Ihitte Uboma,Imo State, a grass root politician, is the South East Zonal Co-ordinator of National PDP Professionals and Business Group (NPPBG), an assemblage of professionals, non politicians drawn from diverse fields of human endeavour who are active in politics and are strongly aligned to the ideals of the PDP.

The organisation is accredited and sponsored by PDP HQ Abuja

He spoke to innonews. com.ng on his intention to become the State Chairman of the PDP in Imo State, and other issues of importance

May we know you briefly

My name is Chief Chuks Ajaelu, PHF I am from Ihitte Uboma LGA in Okigwe Zone of Imo State. I am a law abiding citizen of Nigeria and a member of the Peoples Democratic Party, PDP

Yes, It has been a passion for me to lead one of the most vibrant political parties in this country, the PDP at the state level. I am passionate about the party and those who know me very well, will agree that the PDP has been my political family since its inception in 1999.

I have never for once jumped over to any other party for any reason. In good and bad times in the party, I have always remained in the PDP. I have contributed significantly to its growth and development, both at the Ward, LGA, State and National levels. The records are not hidden.They are there for all to see.

How Have You Contributed To The Growth Of The Party

Aside being loyal to the party, I was among those who contributed immensely to development of the National PDP Professionals and Business Group (NPPBG), to bring together Professionals in the party under one umbrella. I am the South East Zonal Co- ordinator of the group, and we have continuously interfaced successfully with the National leadership of the party, which has been aiding and encouraging our efforts and steps.

In my Local Government, I am a major stakeholder who has done a lot for the party. At the State level, I have made major contributions. I had vied for the Chairmanship of the party in 2016, though I lost out, my aspiration was embraced by well meaning party men and women, which underscores the fact that I am a core party man.

I have what it takes to lead the PDP in Imo State. That I’m in the race again for Chairmanship, tells you how passionate I am about the PDP. When you are passionate about something, you will certainly live up to expectation when you have the opportunity to fulfil your passion.

I posses what it takes to revive our party. I have made my contributions to the party from inception and up till now, the records are there for verification.

The PDP in Imo State needs to be repositioned to understand its role as a leading opposition party. And it needs a chairman who understands the mood of party members and stakeholders, particularly at this time morale of party members are at all time low. The psyche of our members are bruised. We need to work on that and make them believe the truth that there is hope for the party.

The PDP in Imo needs a fire brand Chairman, a young fellow like me with the firepower to prepare grounds to regain power for the party in the forthcoming elections.

Opposition politics is a serious task. It is beyond attacking the ruling party on the pages of newspapers or on the social media. We must have a work plan on how to tame this government to make them be accountable to the people.

A serious opposition party must first connect to the people. The PDP in Imo State must reconnect to the pains and challenges of the people who are bruised by a unfeeling government like the one we have now. Most importantly, tap into the creditable performance of the PDP administration led by H/E Rt. Hon. Emeka Ihedioha CON.

As you must have observed, the present APC government in Imo State is clueless, and you need a serious opposition party in touch with the masses, to put the government of the day on its toes.

The party in the state has to be re- tooled for the people of the state to embrace as an alternative government, to the present APC government we have in the state. These things are no magic, it can be done. And these are what I have set out to do.

The PDP is loved by Imo people but it is unfortunate that the party has not been able to connect to the mood of the people who are not happy that the PDP government they elected was kicked out of office.

There is need for a surgical operation in Imo PDP. It is something that has to be done if this party must become a rallying point for the people of the State.

I have already come up with a plan to revive and reshape this party. And it takes one with the passion for the party to achieve such a feat.

Unity is the key. There is no political party where there are no skirmishes and if none exists, then you know such a Party is dead.There are internal mechanisms to tackle such problems in any serious political party. Disagreement is not a recipe for endless choas in the party. I believe in unity and immediately I become Chairman of the party by the will of the party members, healing frayed nerves will be my priority. I have been in this party since inception. I know this party like the back of my hand and I do know what it takes to fix it.

There is no basis for comparison. The PDP administration led by H/E Rt. Hon.Emeka Ihedioha, made a mark within seven months in office.Workers were paid, pensioners were verified within record time and payments were made accordingly. Imo State that was in coma during the Okorocha administration started working again.

Now what do we see. We have seen return to non payment of salaries. Our pensioners are now complaining of non payment. This is unacceptable.

The people already know that, this APC regime of H/E Senator Hope Uzodinma is floating. They do not enjoy legitimacy in the eyes of the people, because it is not a government that came from the ballot.

When and if I become Chairman of Imo PDP because I believe opportunity to serve comes from God, the party will keep this government on its toes.We will be proactive.Every policy of government as it affects Ndi Imo will be scrutinized.

The PDP is already a winning party. It is a party embraced and loved by Imolites. We won the last election in the State before the APC stole the mandate of the people.

We have always won elections in the State. Since 1999, the PDP despite our challenges, we have always been voted for by the people of the State and when I become Chairman, I will sustain it. I will also work closely with the State Caucus, the Elders Council and our esteemed Stakeholders of our great party to deliver results to Ndi Imo.

I agree with you that these two factors have impeded our party in many ways. It has been a menace in the party. I have developed a module to tackle these vices in the party which has really done no good to the PDP in Imo State.

What is paramount is to instill discipline among members.We need discipline to forge ahead, and we must imbibe the spirit of give and take.Above all we must practice what is enshrined in Chapter 1 Section 3 of our party constitution that states the Motto of our party as Justice, Unity & Progress

Thank you for your time

innonews - March 24, 2019 0
More accolades have continued to come the way of Imo State Governor elect, Hon.Emeka Ihedioha on his victory at the March 9,...

innonews - February 9, 2018 0
Minister of Science and Technology, Dr. Ogbonnaya Onu has expressed delight with the near completion of the Assumpta Science Centre, Ofekata Orodo in Mbaitoli...