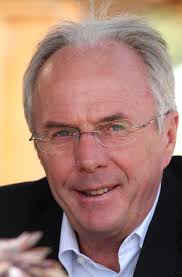 Sven- Goran Erikson, the swede born former England Coach, has given reasons why he rejected the offer to manage Nigeria’s Super Eagles to the World Cup in South Africa in 2010.

In an interview with Branschen.se, he said turned down the offer because he was informed by an official of the Nigeria Football Federation, NFF, that his salary would be paid into two different bank accounts.

“I was called into the room with a chairman who declared that they wanted me as a coach but with the proviso that my salary would be divided into two parts: one that I got into my account and another that would be deposited into another account that was not in my name.

“There I refused, I thought something didn’t go right. I’ve never applied for a job in my entire life.

“All my assignments have come about through the results I have achieved. I have never gone through any traditional job interviews, never sat down and conducted any tests or been analysed,” Erikson said.

NFF eventually gave the job to Lars Lagerback at that time.