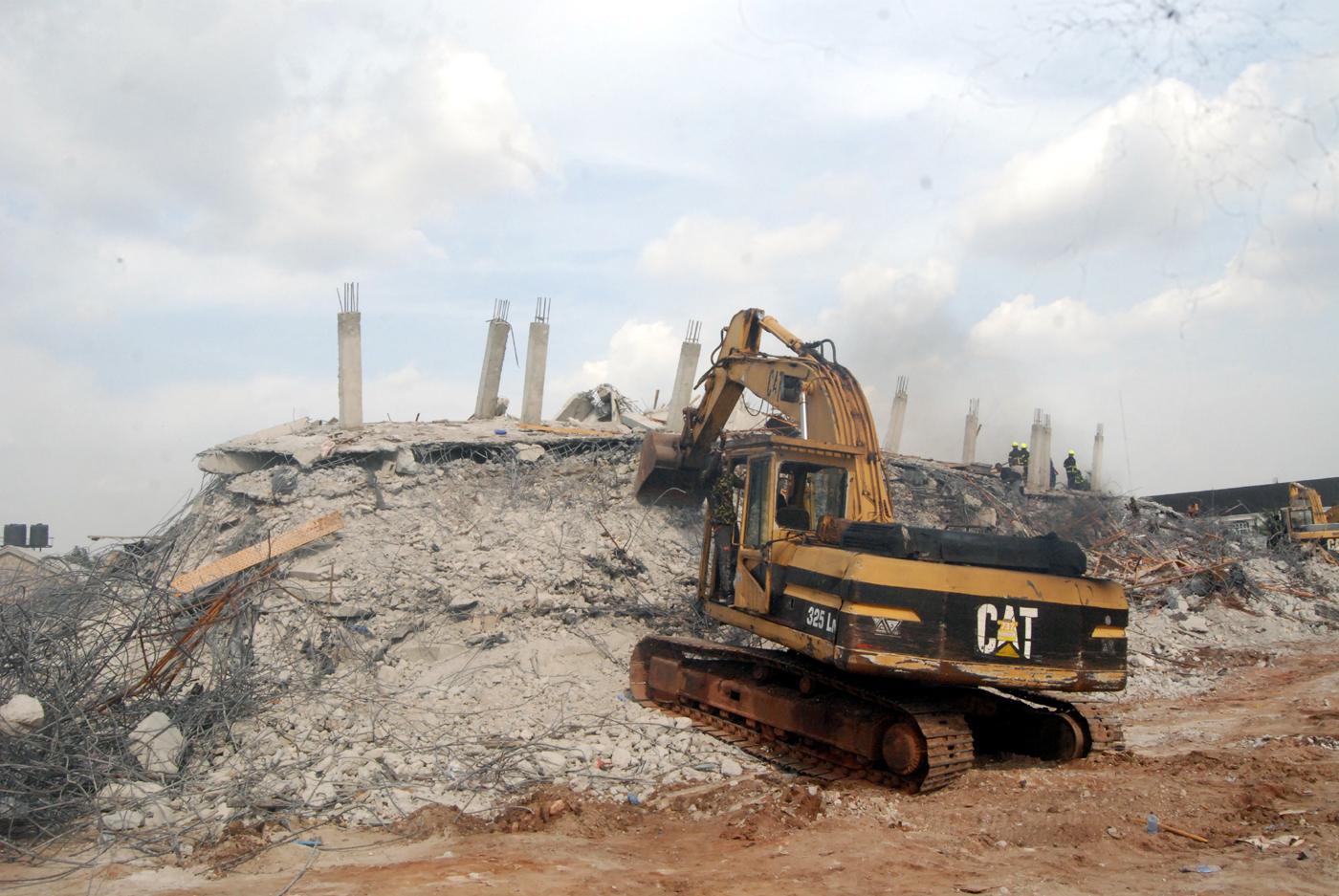 More details have emerged on the 8 storey building which collapsedat Yar’Adua Drive in Owerri,Imo State on April 30, 2020, as four persons have been confirmed dead and many injured.

The collapse of the building had caused panic in the state capital.

According to the State Commissioner of Health, Damaris Osunkwo, she said 14 persons have been rescued from the rubble.

A team of rescue officials comprising the Red Cross and Owerri Capital Development Authority evacuated the bodies from the scene of the incident on Friday.

Rescue operations in search of more survivors at the collapsed building is ongoing.

An eye witness told this newspaper that there were more than 40 persons in the building before it collapsed.

Meanwhile, Governor Hope Uzodimma of Imo State has commiserated with the families and victims of the incident.

Expressing his displeasure at the avoidable incident that resulted in the loss of lives and property, when he visited the scene of the incident on Friday, Governor Uzodimma warned that under no circumstance should any such structure be erected without appropriate approval, monitoring and supervision by the Owerri Capital Development Authority (OCDA) and all other agencies charged with such responsibility.

The Governor noted that the building suffered avoidable structural defects coupled with sub-standard building materials used in the construction by the engineers.

The General Manager, Owerri Capital Development Authority (OCDA), Mr. Innocent Ikpamezie informed that a few weeks before the collapse, inquiries on the construction papers and details of approvals made to the developers were not supplied to OCDA on demand, which led to the shifting of the date of inspection to Tuesday, May 5, 2020 before the collapse occurred.

Ikpamezie thanked Governor Uzodimma for timeous intervention by ensuring that all human and material resources needed for the rescue operation were provided.