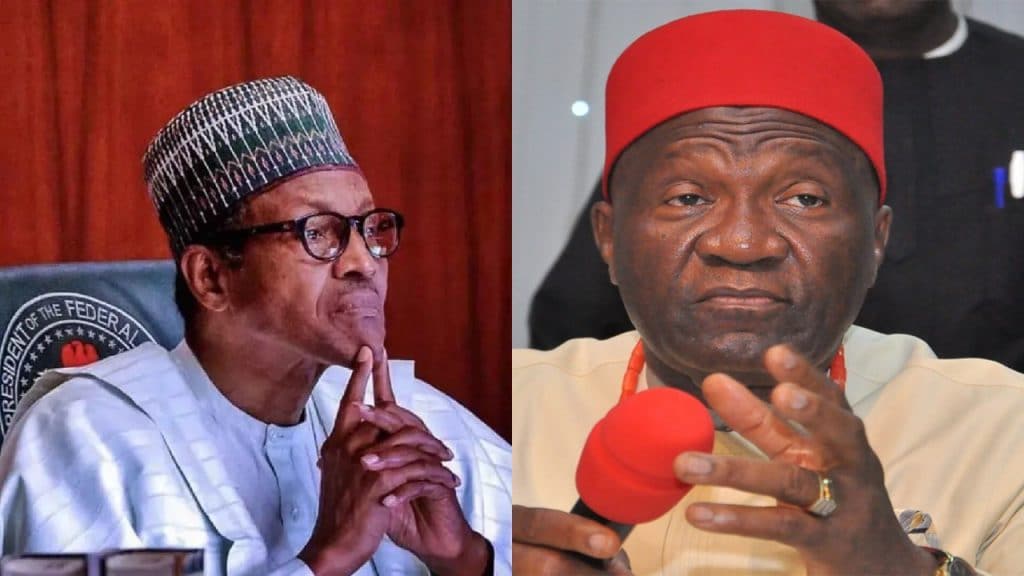 Ohaneze Ndigbo, the Igbo socio political organization has outlined critical issues of importance to Igbo nation,to President Muhammadu Buhari, which he should tackle before leaving power in 2023.

Among other things listed by the pan Igbo organization as contained in a statement by it’s Deputy National Publicity Secretary, Chuks Ibegbu, he said the South East is expectant that the Buhari administration should construct rail lines linking the South East to other parts of the country; and also construct Federal highways from the region up to the North.

According to the statement, the group said the South Eat needed Buhari’s government to create one more State and more local government areas before leaving office.

The statement reads: “Ohanaeze Ndigbo worldwide has listed some of the things the Buhari administration should do for Ndigbo in the next three years.

“These include the East-West Rail line, the Coastal rail line, major federal highways linking the East to the North viz Enugu – Makurdi Highway, Enugu – Lokoja Highway, creation of one more state for the zone, and more local governments despite the constitutional hurdles which the President can overcome if he wishes.

“Looking into the 2014 CONFAB REPORT which Nigeria can never run away from, appointing people from the zone into relevant federal agencies and completing the second Niger Bridge and Enugu