This was disclosed by former Arsenal Manager, Arsene Wenger. He believes that French international, Mbappe and the Brazilian, Neymar, are obvious choices to take over from Messi, 32 and Ronaldo, 35.

Wenger told talkSPORT: “Lionel Messi, we have never seen players like that who can absolutely be creative in any tight situation.

“These players, Messi and Ronaldo are now getting to an end.

“At the moment, the leader could be Mbappe, and Of course, Neymar, we know.

“But England, I believe, has a good chance. Now they are doing very well at the youth level.

“They have done well with Gareth Southgate at the World Cup. I was hoping at the European Championship they would be one of the contenders.” 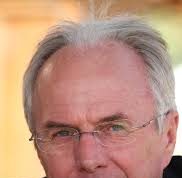